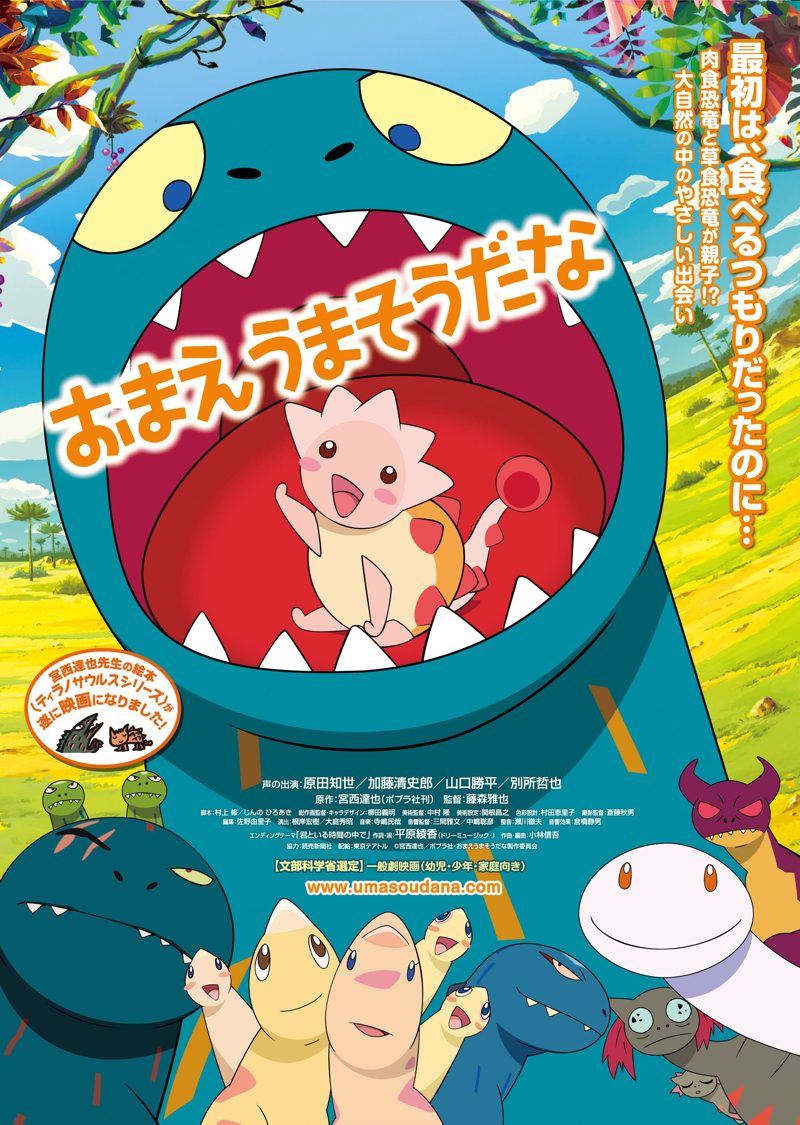 By chance, a carnivorous Tyranosaurus Rex named Hatu is raised by herbivorous dinosaur Maiasaura. As Hatu grows bigger and bigger, his size starts to place his friends in fear. Finally, Hatu realizes who he is and leaves his home.

Hatu decides to live alone, but one day, Hatu comes across a baby Ankylosaurus dinosaur. Hatu says out loud "Rawr! You look delicious" and opens his mouth to eat the baby dinosaur, but suddenly the baby dinosaur says "Dad! Is my name Umasou?" (which means literally looks delicious). Hatu is embarrassed and pretends to be Umasou's father. Day by day Hatu's mind expands like a father.

Tony Williams Jun 13 2012 9:25 pm I am African American and(please don't judge me for this) does anyone else think this movie should be in America? I saw the fight scene between Heart, Gonzo, and 4 other trex. That's what made me think of this question.