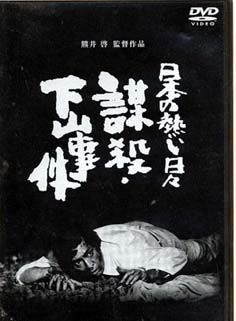 In 1949, Mr. Shimoyama, governor of Japan National Railroads, was found dead on the raildroad, run by train, after the mysterious disappearance. Officially it was considered suicide, but many suspected he was killed for some political conspiracy. It remains one of the 3 big mysteries in post-WWII occupied Japan. Based on this true story, the film follows a journalist who tries to reveal the truth behind it.