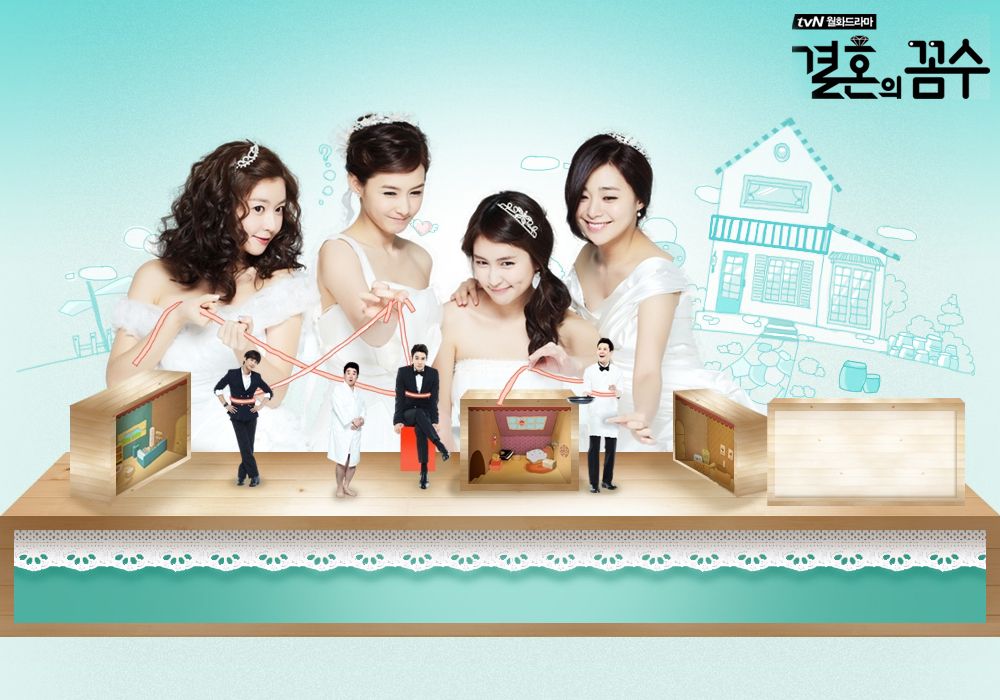 So Doo-Ryun (Cha Hwa-Yeon) has four daughters. Since her husband passed away she runs kimchi making company Chinjung Kimchi and has raised her four daughters by herself. The first daughter Sun-Hee (Lee Young-Eun) is sweet and good. Her second daughter Gun-Hee (Kang Hye-Jung) is selfish and competitive. Gun-Hee is also not interested in marrying. Her third daughter Min-Jung (Kim Se-Jung) likes buying expensive items and playing around. Her fourth daughter Min-Ji (Park Min-Ji) has been prepping to enter college the past four years, but she isn't interested in studying.

Gun-Hee works at a food company Sangcharim. She works hard at work, but she doesn't get along with her boss Gang-Jae (Lee Gyu-Han), who is a son of the company owner. Gang-Jae and Gun-Hee work on a project to launch a Kimchi business. Due to Gun-Hee's mistake, the company fails to get investments. Gang-Jae's father becomes so upset at their failure, he orders his son to go to Alaska. Gun-Hee sends in her resignation to Gang-Jae. Gang-Jae learns by chance that Gun-Hee is the daughter of Kimchi making company Chinjung. Gang-Jae smiles, because he knows his father likes their kimchi and even tried to do business with them, but their mother turned them down. Gang-Jae tells his father that he will get Chinjung Kimchi to work them. Gun-Hee is soon Gang-Jae's boss and its time for payback.

Meanwhile, So Doo-Ryun regrets that she did not raise her daughters so well and hopes to change their ways. She then concocts a plan. LKB Oct 22 2016 8:57 pm Random thing I discovered... Kim Won Joon who plays Park Soo Ho here... was born in 1973 acc. to his bio here. He had just turned 39 when they filmed and aired this... I'm a bit amazed and envious-I look young, but. (I haven't watched it all, so I can't comment otherwise... I just wonder if they can find out where in his genetic fingerprint is the forever young chromosome... or if there's some diet and skin care regime that makes it possible to look half your age when you're about to enter your fifth decade of life/to easily pass for an everyday college freshman when you're properly middle aged!)

QWERTY Dec 26 2014 8:39 pm LOVED this drama I never laugh so much in a drama XD I couldn't even catch my breath at some parts, the main girl may seem vicious has she's described in the drama but if you don't like her at first you'll love her and the main lead by end. The funniest drama I've ever watched up until know 2 years of dramas that say's a lot about this one I believe, too bad it seems to be so underrated. A must watch.

aX Feb 05 2013 1:44 am I disagree with the first comment. I actually grew to love the characters and the storyline. It may seem all over the place because it had other side characters storyline as well. It speficially revolved around Gang Jae & Gun Hee but also the story about a mother's scheme to reuinite her family as awhole and drive them to live better & happier lives--also share them with someone.

ShinmenTakezo Jul 13 2012 7:07 am Characters were really likeable but the story was all over the place