Virgin Theory : 7 Steps To Get On The Top 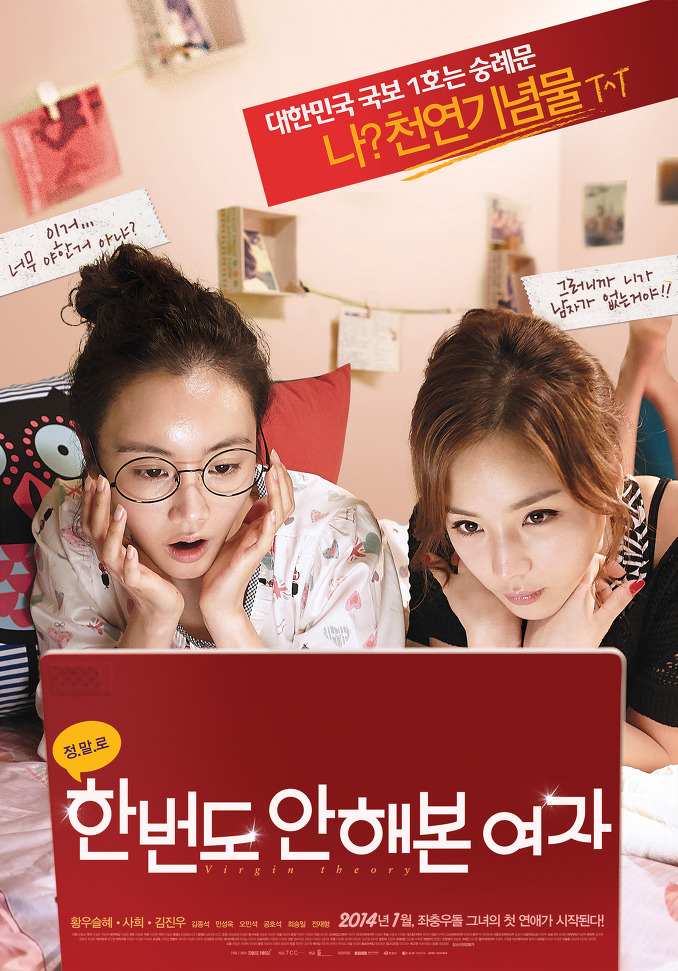 Mal-Hee (Hwang Woo Seul Hye) is a 33-year-old single woman. She works as an assistant professor in math and never had a boyfriend in her life. Mal-Hee wants to date a nice man like Sang-Woo (Kim Jin-Woo) whom she has known since she was young. Sang-Woo is younger than her.

One day, Se-Young (Sa-Hee) appears in front of Mal-Hee. Se-Young used to be a painter specializing in nude portraits. Se-Young attempts to teach Mal-Hee about men. Will Mal-Hee ever date?

Dawn Jan 07 2014 10:10 am Just from the look of the trailer, this seems like it's going to be a really hilarious and thrilling chic flick. Can't wait for release on DVD because we seldom get foreign films where I'm at.

Good luck to the entire cast and writers. Continued success to all of you.