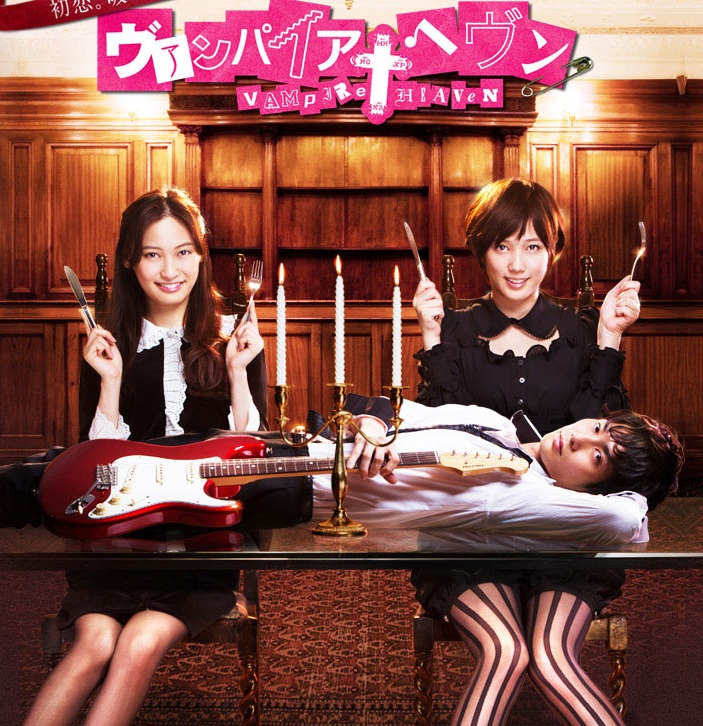 Beautiful vampires Sakurako (Aya Omasa) and Komachi (Tsubasa Honda) fall in love with a human named Hayato (Yuta Hiraoka). Sakurako is 170-years-old and Komachi is 165-years-old but they both look only 20-years-old.

Komachi saves Sakurako from a vampire count who wants to marry her. They then break a taboo of the vampire world and flee to the human world. There, Sakurako meets Hayato and falls in love. The problem is in when vampires fall in love they crave their partner's blood

Sakurako then realizes that when she plays the guitar, her lust for blood becomes weaker. Because of Hayato, Sakurako takes up the guitar. Meanwhile, Komachi becomes worried about Sakurako. Hayato then begins to take interest in Komachi.

Rini Feb 23 2016 2:08 pm Very simple for a vamp drama and the roles don't go as deep as I want them too. The ending is horrible and I wish they would have spent more time on it than they did. I want more of an ending for the leads than that. =\

Italian dj Aug 25 2014 6:52 am I can't imagine a better choice for the main characters: Aya and Tsubasa are simply gorgeous, and perfect for their roles! However the story is quite simple, and i think that the plot could've been developed in a more deep way. In the end, i felt like a wonderful cast like this hasn't expressed all its full potential...just because a so short plot don't give the opportunity to portray the characters in a more meaningful and complex way.

Jeanne Dolores Mar 29 2013 9:22 am Sooo Excited... my favorite Main characters are in this movie... i hope it will turn out well and i will really SUPPORT your movie.. :D