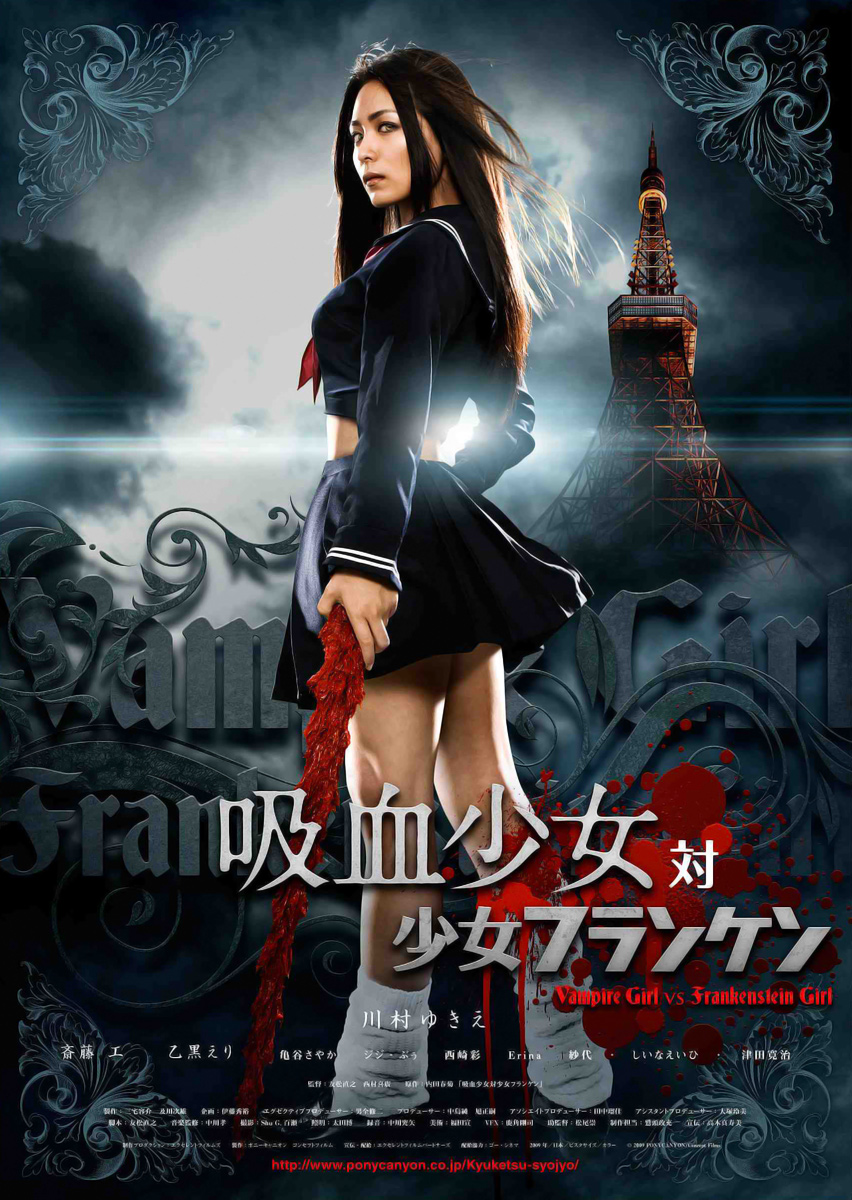 High school student Mizushima receives Valentines Day chocolates from the new student, Monami Arukado Little did Mizushima know that the chocolates contained traces of Monami’s vampire blood. He gets infected from eating them and Monami confesses that she wants to live with him forever as vampires.

Overtaken by jealousy from seeing the two together Mizushima’s girlfriend Keiko Furano teases Monami relentlessly. While attempting to uncover Monami’s greatest weakness, Keiko finds out her true identity as a vampire.

Meanwhile, Mizushima decides that he wants to fully become a vampire with Monami’s help. Keiko sees the two on the school rooftop kissing and in a state of hysteria, attempts to throw Monami off the roof but falls off herself instead.

Keiko dies but her father, Kenji Furano, the mad scientist, resurrects her as Franken girl. Thus begins a deadly combat between Franken Keiko and Vampire Monami in the name of love.

Harry Mar 22 2017 3:43 am I love the scene where Monami is dancing under the rain of blood. It's gruesomely pleasing to watch.

merryjoymaslog Jan 22 2011 11:39 pm its so nice to watch theres some acts that was so funny monami and jyugong make me feel inlove iwant to a vampire like monami

Is there any comic book???

RazorbladeKiss Jul 25 2009 6:51 pm Wow...this looks so AWESOME! It ROCKS! I`m sure i will like this movie because i loved Tokyo Gore Police, Machine Girl and Meatball Machine. This kind of gore thrills me!