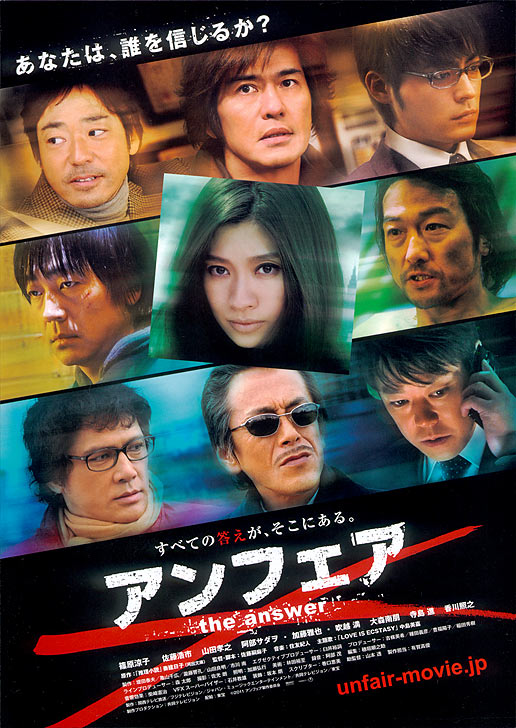 After detective Natsumi Yukihira (Ryoko Shinohara) brings an end to the police hospital terrorist case (storyline took place in "Unfair: The Movie"), Natsumi is transferred to the Nishimonbetsu Police Station in Hokkaido. Meanwhile, a series of grotesque murders occurs in downtown Tokyo involving nails placed in the body of the victims. The fingerprint of Natsumi's ex-husband, freelancer journalist Kazuo Sato (Teruyuki Kagawa), is found on the the body of a victim and Kazuo is placed on the most wanted list. Soon after, Kazuo finds Natsumi and hands her a USB memory stick. The device contains information on a secret organization within the police department. Kazuo tells Natsumi that the series of murders are warnings and suspects become the next victims. Natsumi is then arrested as a suspect. Tokyo prosecutor Katsuaki Murakami (Takayuki Yamada) appears at the Nishimonbetsu Police Station to investigate.