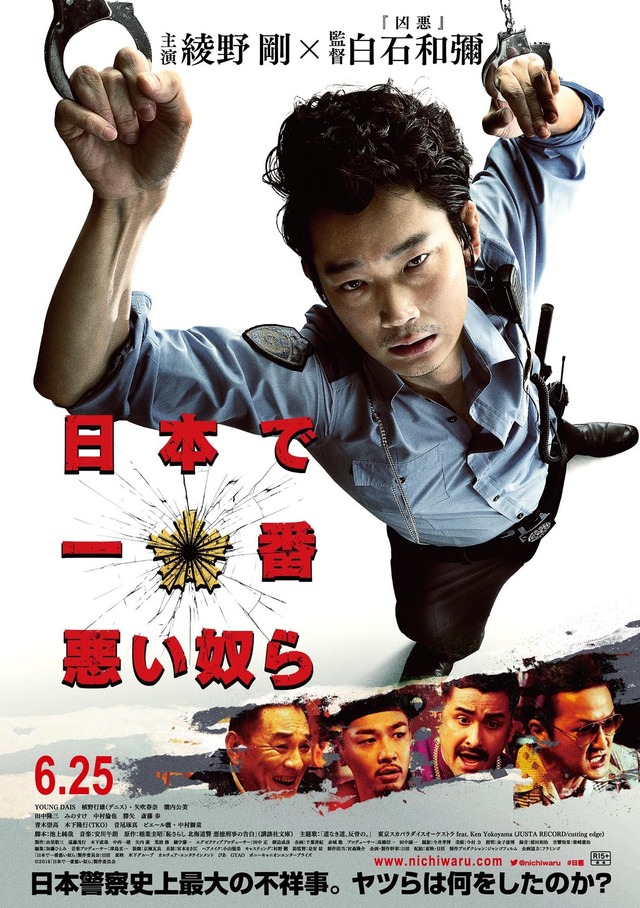 Movie follows 26 years in the life of a chief inspector (Gou Ayano) until his arrest. He works for the Hokkaido Prefectural Police and is called the "black chief inspector." vivi Dec 06 2015 6:35 am Gou Ayano gained and lost 10kg while filming for the movie I am questioning the motive, like why and how? I mean is that important for the movie or he just did it