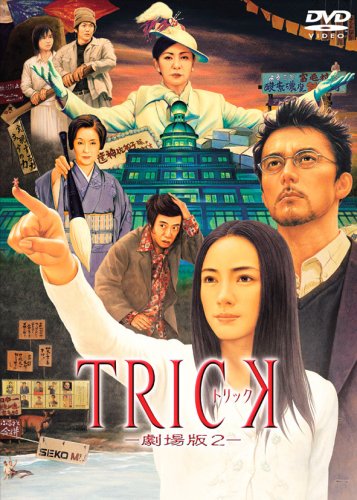 Ueda and Naoko accept to hear a proposal from a young man (Yuta Hiraoka) living in Fumo-mura village. The proposal is to bring back his childhood friend, Misako (Maki Horikita), who was taken away by a psychic, Hakogami Sawako (Nagisa Katahira), 10 years ago. Upon request, the pair head for Hakogami-jima where Hakogami lives. They succeed in bringing Misako back, however, it incurs the wrath of Hakogami and they are sucked into a situation that takes the pretense of a paranormal phenomenon. Naoko manages to see through the trick, and Sawako kills herself as a result. The incident reveals Sawako's sorrowful past as she was one of its victims as well.

adult social networks Sep 23 2013 8:53 am It finds all the classes of people inclusive the people that share its ideology and the thoughts. We must not take for granted that we have the chance to decide what we want in life, who we want to become and where and how we want to spend every day of our lives. With so many different questions and additional features, this is one of the best sexy Android apps that can liven up an exciting party atmosphere.

sexy wonder woman costume Jul 26 2013 12:29 am Appreciation to my father who shared with me on the topic of this website, this weblog is in fact remarkable.