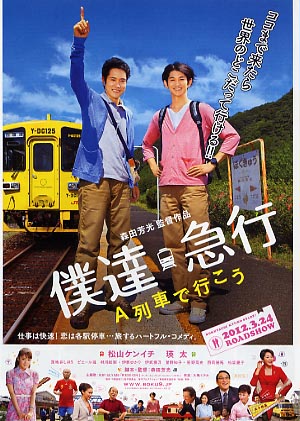 Kei Komachi (Kenichi Matsuyama) works for a big company in a densely populated area. Kenta Kotama (Eita) works for his family iron foundry business, which is in crisis. Both men are railroad otaku (avid fans of trains) and meet while riding on the same train ...