(Redirected from Traces of Sin) 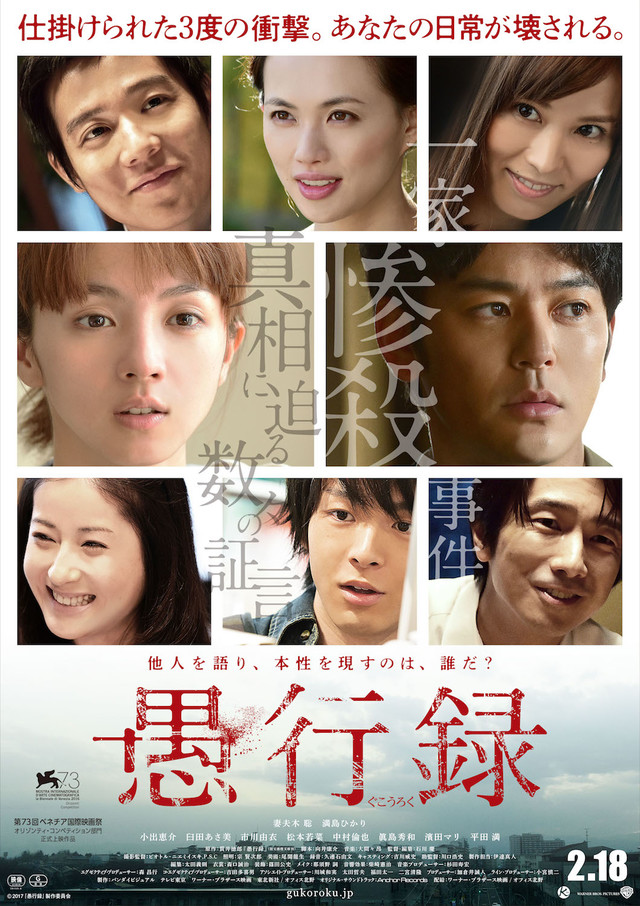 An elite salary man, his wife and and their child are murdered by an unknown assailant. The case initially made the headlines, but it is now an unsolved case.

One year later, Tanaka (Satoshi Tsumabuki) begins to cover the unsolved murder case. He is a reporter for a weekly magazine. Through an interview with someone who knew the murdered couple, Tanaka learns the murdered couple was far from the ideal couple that they appeared. The truth of the case begins to appear.

the handmaiden Dec 12 2016 3:41 am Satoshi&Hikari! Acting showcase between two of Japan's best talent!