Too Unbelievable of a Woman: Defendant Yoshie 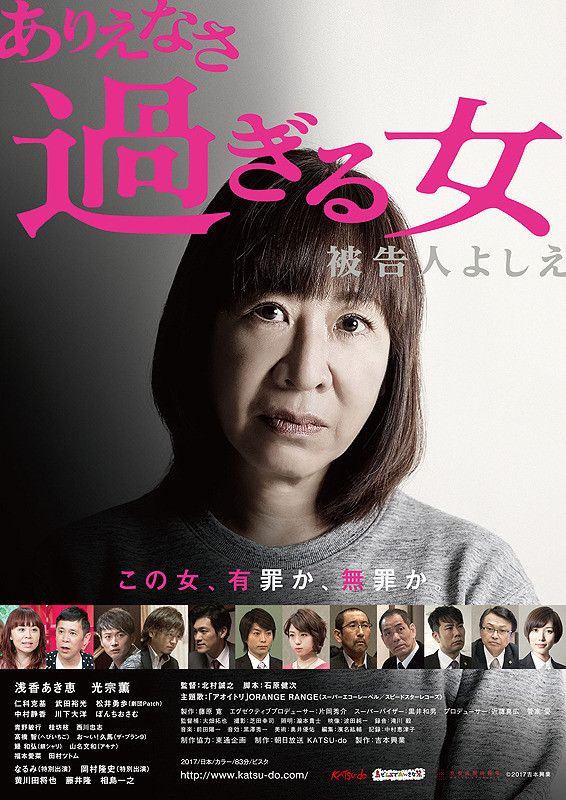 Yoshie (Akie Asaka) is arrested as the suspect in three murders. The victims were men who were in their 20's, 30's and 40's. All three of the men killed were handsome and rich. Even though there is no direct evidence that Yoshie killed the three men, people and media suspect Yoshie killed the men. Yoshie's testimony is unexpected. She explains that the all three men werein love with her and one of the men killed the others and then killed himself.