Too Beautiful to Lie 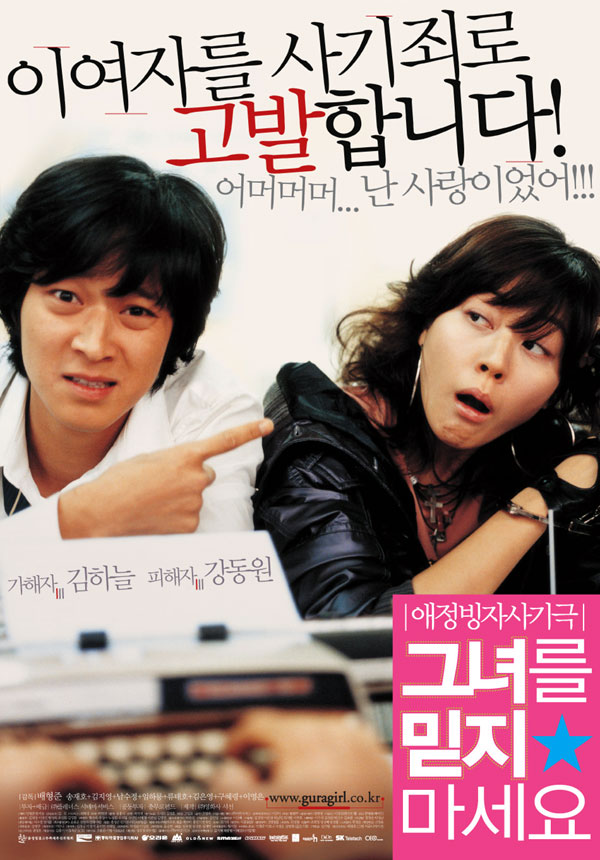 Her professional skills of pretense and deceit easily got Young-ju out on parole. On a train to attend her sister's wedding, she runs into Hee-chul, a man in love with a girl he is just about to propose to. By some bad? or perhaps good? luck Young-ju and Hee-chul run into each other and she mistakes Hee-chul as a bum trying to molest her. Their first chance encounter turns out quite embarrassing. On top of that a pickpocket steals Hee-chul's engagement ring! Young-ju is worried that she might be accused of the theft, so she sets out to bring him back the ring. Amidst the hassle, she is left behind on the platform. The train has left, carrying away her own luggage. And all that she has with her is the ring.

What she needs is her luggage back. What she doesn't need is to be accused of theft. Young-ju finds her way to Hee-chul's home and the family seeing the ring thinks she is Hee-chul's fiancee! To wiggle herself out of the situation without adding another crime onto her record, she uses the skills of her profession and cons everyone into believing indeed she is the one.

Meanwhile, our poor Hee-chul returns home without proposing to his girl for lack of the ring, and finds that his family, in fact the whole town now blame him for deserting an innocent woman. Surprise! Surprise!

Now the bout is on between deceit and truth. Conwoman-turned-fiancee of the town's pharmacist vs. the pharmacist framed for rejecting a faithful woman.

slt Feb 03 2015 4:57 am AWESOME movie, one of the best (THE best in my opinion) Korean com/rom movie. Recommended without second thought!