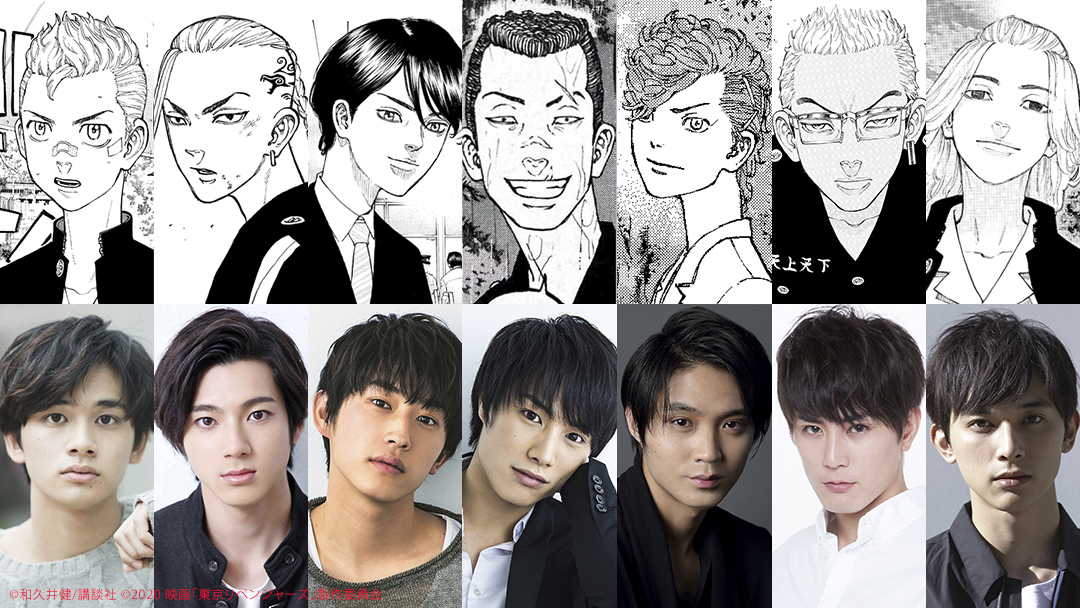 The next day, Takemichi Hanagaki is pushed by someone on a station platform and falls onto the railway track. At that moment, he goes back 10 years into the past. There, he tells Naoto Tachibana that in 10 years, Hinata Tachibana will get murdered. This changes the present day. Now, Naoto Tachibana works as a detective and avoids being killed by the Tokyo Manjikai Gang, but Hinata Tachibana's fate is different. She is murdered by the Tokyo Manjikai Gang.

Takemichi Hanagaki then asks for help from Detective Naoto Tachibana. He wants to save Hinata Tachibana by going back in time to destroy the Tokyo Manjikai Gang.

kagurachi Mar 11 2020 6:03 am Woah, the cast looks extremely promising. Pretty sure they’ll be able to pull it off. Also, gotta admit every single of them is handsome as heck!

Gajjdd Mar 07 2020 4:52 pm This is literally one of my fav mangas sad they didn’t go with an anime first instead of a live action movie. But I’ll still watch!

purefire Mar 05 2020 11:35 am this series should be animated before live action..best manga i've ever read this year.