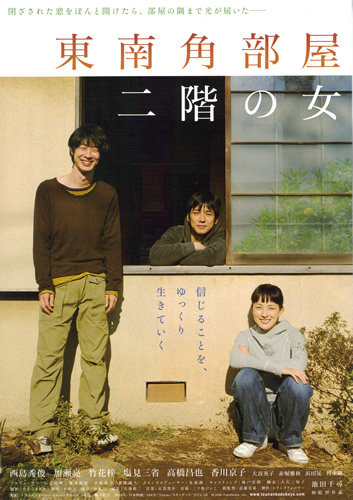 Takashi Nogami (Hidetoshi Nishijima) is a salaryman who has fallen in debt due to his father. To get out of the debt, Takashi decides to sell land that belongs to his grandfather Tomojiro Nogami (Masaya Takahashi). On his grandfather's property is a house that his grandfather lives in and an apartment complex registered under the name of Fujiko Natsumi (Kyoko Kagawa). The apartment seems like just an old building to Takashi and his grandfather says very little about Takashi's plan.

Takashi then happens to move into the apartment complex with fired co-worker Tetsu Misaki (Ryo Kase) and Ryoko Toyoshima (Azusa Takehana) who Takashi met on an arranged date. Takeshi and his neighbors soon learn about more about the land and the people there ....