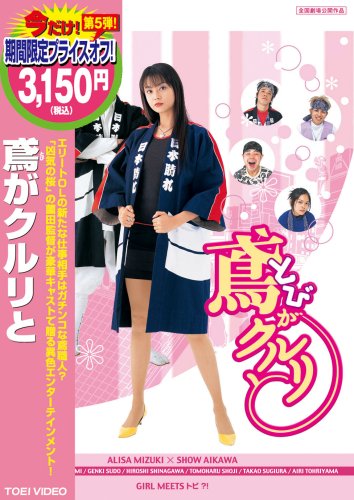 Actress Arisa Mizuki celebrated her 28th birthday on December 5, 2004, the final day of shooting for her film "Tobi ga kururi to." After director Kenji Sonoda called the final "cut," Arisa Mizuki was presented with a bouquet of flowers.