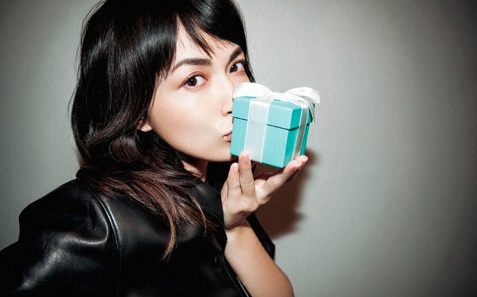 Chikage (Kyoko Hasegawa) dated Tomonori (Shosuke Tanihara) for 5 years. They promised that their future would be spent together, but Tomonori breaks up with her. He falls in love with a young woman and marries her. Chikage is shocked.

To take revenge on him, Chikage follows Tomonori on his honeymoon to New York. By chance, Chikage meets a young Japanese man Junpei (Asuka Kudo) in New York. She walks and rides around New York with Junpei.

They then walk in to a Tiffany store on 5th avenue. Chikage says that she works hard and buys stuff for herself, but she would not buy herself Tiffany jewelry.

Junpei thinks she is cute and becomes attracted to her.