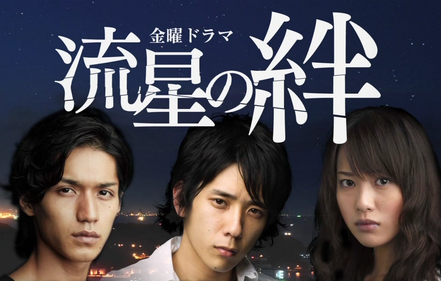 At the age of 11, Koichi Ariake discovers his parents brutally murdered in their home. Furthermore, Koichi must tell his two younger siblings the aweful truth about their parents disappearance.

14 years later the three siblings still feel as much rage against their parents murderer as the day it happened. Then one day they locate the murderer...

maneki hobbang Oct 10 2011 1:52 pm nishikido is more my type. i surprised myself when i fell head-over-heels for ninomiya because of this and went on to watch almost all of his works. the plot takes some detours before moving onto the main plot. however, i only realized afterwards that, as the title states, the highlight is not the story itself but the emotional ties between the 3 siblings. it's interesting to observe the different emotions each siblings has toward the other two.

WHatBookIsNext Aug 26 2009 9:46 pm I really enjoyed this drama. I think our station cut parts out so hopefully I will get to see it again