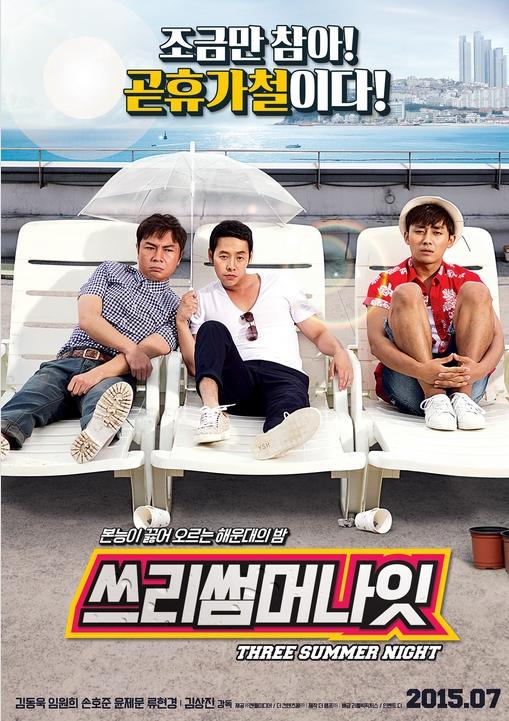 Myung-Seok (Kim Dong-Wook) has attempted to pass the bar exam for the past 8 years. Dal-Soo (Lim Won-Hee) works at a call center as a contract employee and he is a big fan of a female idol group. Hae-Goo (Son Ho-Jun) is a salesman, selling an impotency drug.

These three men are friend. They gather together to spend a carefree weekend at Haeundae Beach in Busan, South Korea. They then find themselves in the most problematic situation they have ever encountered. Cruise Jul 30 2015 8:03 am what else would you expect from such the best movie? I love Korean movie, and Iove this three summer night.