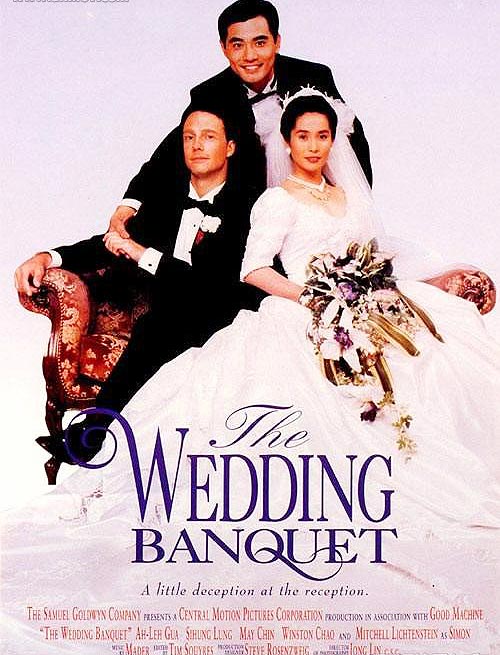 Simon (Mitchell Lichtenstein) and Wai-Tung (Winston Chao) have lived compatibly as a gay couple for several years in a chic Manhattan brownstone. Wai-Tung, an emigre, is a successful if harried entrepreneur, the benign slumlord of a building in which a struggling young artist named Wei-Wei (May Chin) is allowed to live.

Constantly pressured by his parents in Taiwan to marry and give them a grandchild, Wai-Tung unenthusiastically fills out the computer-dating forms they send, hoping that if he asks for a tall opera singer who has two doctorates and speaks five languages he will be off the hook when such a paragon can't be found. That idea backfires, so when his artist-tenant Wei-Wei is about to return to China because she can't get a green card or a job and Simon points out that marriage also provides a tax deduction, the plot is delivered.

After Wai-Tung's parents arrive to attend the wedding, it becomes apparent how much this event, a sham and a joke to the participants, means to them. Only a stone could resist their tender gestures of affection to Wei-Wei, the distribution of traditional gifts and the mother's wedding gown, their genuine joy at the prospect of another generation. The young couple tries to resist having a big wedding and opts for a shabby civil ceremony, but the parents are so sad and ashamed, it is inevitable that the requisite hoopla will be arranged