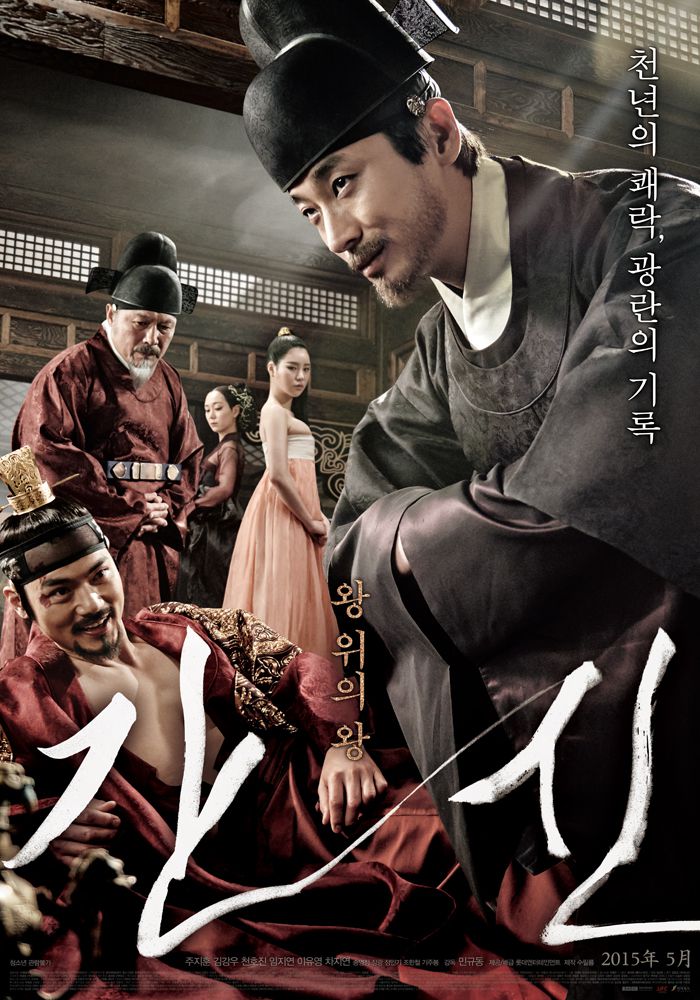 Prince Yeonsan (Kim Kang-Woo) becomes engulfed with insanity as he kills those responsible for his mother's death. He appoints his longtime friend Im Soong-Jae (Ju Ji-Hoon) and his father to the position of retainer. They are then ordered to round up beautiful women from all parts of the country to pleasure Prince Yeonsan. Women are taken regardless of their marriage status or social class, which causes widespread anger.

Dan-Hee (Lim Ji-Yeon) is a beautiful woman, but she is a butcher from the lowest class. She saves Im Soong-Jae from danger and then begs him to take her to the palace. Im Soong-Jae refuses for his own personal reasons. JC Apr 25 2020 6:06 am I enjoyed the movie overall . I like the way it started off , like an opera . The scenes were lavish and rich although there was a bit too much on the sex training scenes . All the cast were amazing especially Ju ji Hoon , kim Kang Woo , lee ji Yeon and lee Yoo young ! I only wished they had better English subtitles so I could understand the conversations better ! I liked the happy ending too !

Kim Na Na Apr 14 2020 12:14 pm The nude scenes were a little bit too much, but considering what type a person the king is, the scenes fit. It showed that. I didn't like JJH character at first, but during the middle to end it was good and omg his hot scene with LJY. Hhhoooottttt. How can someone be so hot?? But I still couldn't understand everything, since the english subs out there are horrible.

Nirmala Mar 08 2020 3:39 am I know many people will not like the story line , but still it made my heart flatter with amazing chemistry between joo ji hoon and lim ji yeon. The director was able to portray the deep feelings shown by ju ji hoon.

Crissy Aug 22 2018 9:04 am I regretted watching this movie.. I feel like throwing up .... I need a romance comedy feel good movie to getover it .... really evil .... but good job to all cast ... the roles are very challenging ... well written and directed ... on a positive side I didn't get bored the whole afternoon ... it will really make ur blood arise due to the disturbing scenes ... lots of genitals, sex and violence .. for 18+ and not should be watch by the person with a weak heart ... if am gonna rate it the movie extremely exceeded my expectation

Ppps Jun 18 2018 12:58 am I found the movie rather distasteful and poorly made....yes,many would argue that the movie precisely showcased the insanity and horrific misdeeds of Prince Yeonsan...but things could still have been shown in a more subtle and poetic manner....that would have evoked some real emotions and pathos among the audience....the plight and helplessness of the women of that era took a back seat and focus was mainly on the different levels of madness and the insatiable sexual urges of the prince....more than funny, I found it sad and pitiable how the women were mere puppets in the hands of men. It was very disturbing to see that once the women entered the palace, they were willingly competing against each other to be bedded by the mad prince....too much vividity left nothing for the imagination....and the director made sure that no main characters be left without baring themselves or copulating in front of the camera,even if it’s in a dream sequence, at least once....I wonder,if this was for the sake of historical accuracy or just for the sake of scintillating the audience.

Dawn Aug 02 2017 3:42 am Mixed emotions, I wasn't prepared at all. First I was browsing for mystery/horror/conspiracy movies on Netflix and stumbled on The Treacherous and wow! 10/10. JuJiHoon omo, this role must have been a life changer for him, seeing as how he was owning each moment. And my god, this man knows how to arouse a woman. Even in he's evil, and treacherous self he'll have you wanting him.! Prince Yeonsan what a psychopath, seriously I have no words. He should've been hanged, beheaded and fed to pigs! But KimKangWoo kudos dude! LimJiYeon jeez, what an actress ?? .

The entire cast was absolutely talented!

marisa Jul 07 2017 10:58 pm ok so i saw the wonderful show "Rebel thief who stole the people" before i saw this movie. i must say the show gave me a understanding (as least historically) on the king's anger. the actor who played the king did an incredible job portraying an evil dictator as did the rest of the cast. very touching and entertaining story with a lot of....orgies compared to the regular korean drama stuff i'm used to. nonetheless it is rated 18+ and of course, suitable for ONLY older viewers. My review: 10/10

G-188 May 04 2017 10:03 am I hate Prince Yeonsan, too because he is a real pervert that if he was alive he would be executed for like raping all these women. Sex Servants? What? This is just like Human Trafficking and in that movie it seems to be 'ok' for them and then this prince wants to see these. I just hate men who just use women for their own will.

Mary Jun 09 2016 5:14 pm It was a good movie, teaches a lot about history. But there is SOOO much gory blood and naked women. Lots of sex and blood.

Its an R rated film. This movie is not for the weak of heart or youngsters.

Acting was magnificent. I loved the actor who acted as the king, he acted like a psychopath.

Pet-Pet Apr 17 2016 11:22 am I was extremely perplexed by the king, but I suppose every country has their crazies. However the movie itself was very nice! All of the actors did an amazing job! Especially Ju Ji Hoon! I really love all his works, so I might be biased, but his performance was really top notch! Everyone was super amazing to be honest. I would highly recommend this! But beware it's very bloody and there's lots of sex, so keep that in mind and happy viewing!

Jungle_fish Jan 24 2016 2:05 pm Crazy king... I cant believe such that king was really alive back then and become part of korean history.. well, I love this kind of movie, eventhough many adult scenes but the main story is well presented.. love ju ji hoon act, and lim ji yeon is always beautiful and hot

fotiadou eleni Nov 21 2015 3:19 am I would like to watch this korean movie The Treacherous!! Where can I find this movie to buy or watch??