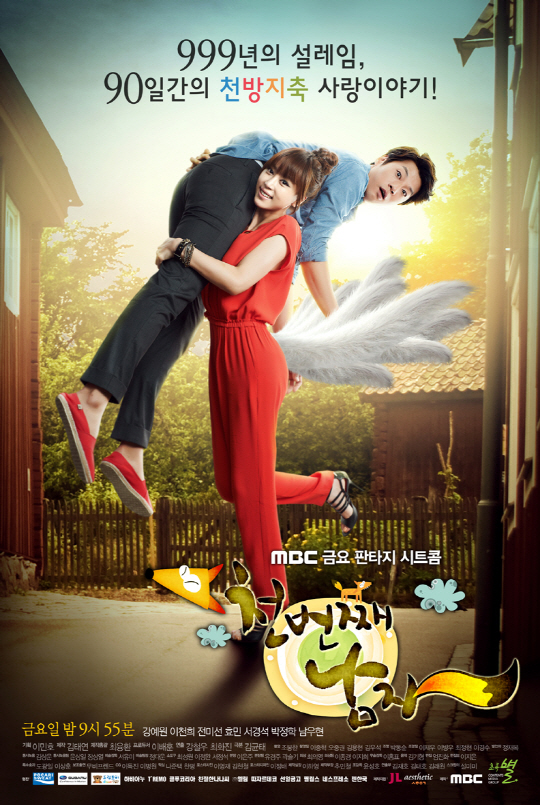 Mi-Jin (Gang Ye-Won) is one of the mythical Korean creatures known as a "gumiho" - a fox with nine tails. Her mother (Jeon Mi-Sun) and younger sister Mi-Mo (Hyomin) were also a gumiho, but after consuming the livers of 1000 men they became human. Mi-Jin has now consumed 999 livers, but only has 3 months left to consume her 1,000th liver. If she is unable to find her 1000th liver, Mi-Jin will vanish. Meanwhile, Mi-Jin only takes the lives of men who she really loves.

Mi-Jin is now on board a plane headed to South Korea. The airplane experiences heavy turbulence. Something from the passenger next to her falls to the floor. The passenger's name is Eung-Suk (Lee Chun-Hee). Despite the airplane shaking noticeably, Eung-Suk is deep asleep. Mi-Jin notices that Eung-Suk resembles her lover from the past. Even though that man knew Mi-Jin was a fox, he died for her. Later, Mi-Jin meets Eung-Suk again at a restaurant he owns. philip cochran Jul 25 2014 2:16 pm it says that their is only 8 episodes of one thousand man but last night I watched number 15 what is going on.

evilive Oct 24 2012 6:19 am soooo enjoyed it just loved it. really a pitty that it was so short. fun to see jinyoung. i thought it was a japanese guy couldnt recognise him with the black hair. happy to see grandpagyu too.^v^ and i think a saw kisyeop too when he gave some documents to chunhee. good drama cried in the end too.

Kenny TheBurt Wong Sep 19 2012 9:23 am The cutest little mini-drama series yet, exploring both the depravity and admirable qualities in humanity. It's almost as if Mi-jin is fighting against the world by only eating livers of men who'd gladly take their lives for her. She wants to prove that love still really exists in the world and at the same time yearns for it. A fun, thrilling story about a love that can never fulfill itself.

bamm Sep 02 2012 6:39 am WOW jinyoung making a cameo :D I can not wait :D ONLY REASON WATCHIN is because want to see JINYOUNG woohyun x

Kukpakes Aug 14 2012 12:51 am HEY~ at least i wont have the grieve so long for each ep to come out since its a short one. but im not very confident that its going to be that good with only 8 eps~

Julia Aug 08 2012 3:35 pm Why only 8 episodes how are they goin 2 finish the drama in just 8 episodes anyways hope its a great drama im lookin forward 2 it