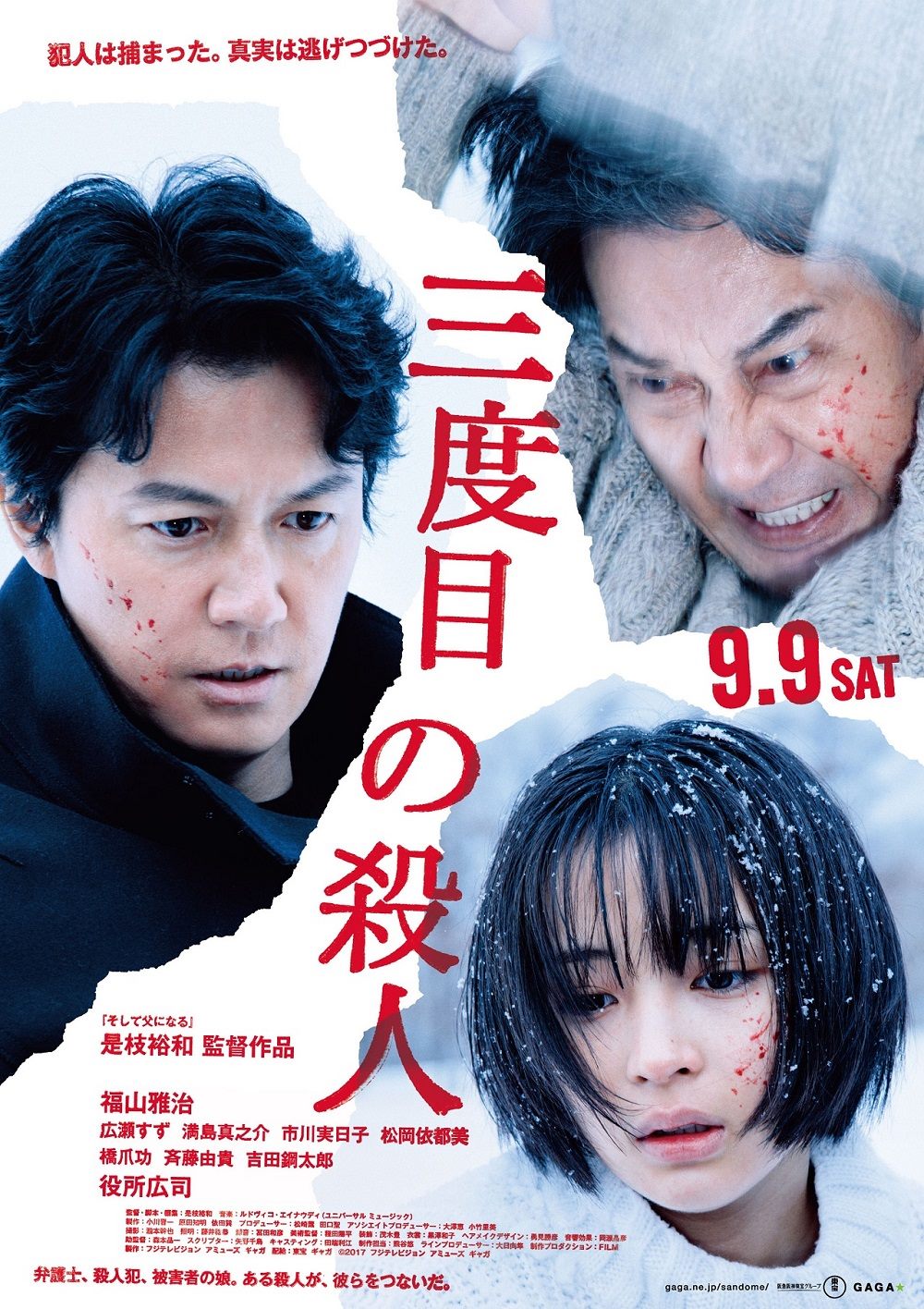 Shigemori (Masaharu Fukuyama) is an elite lawyer. He is compelled to defend Mikuma’s (Koji Yakusho) murder case. Mikuma has a criminal record from a murder that took place 30 years ago. Mikuma also confesses to the murder charge and he faces the death sentence, but Shigemori begins to have doubts about Mikuma's guilt.