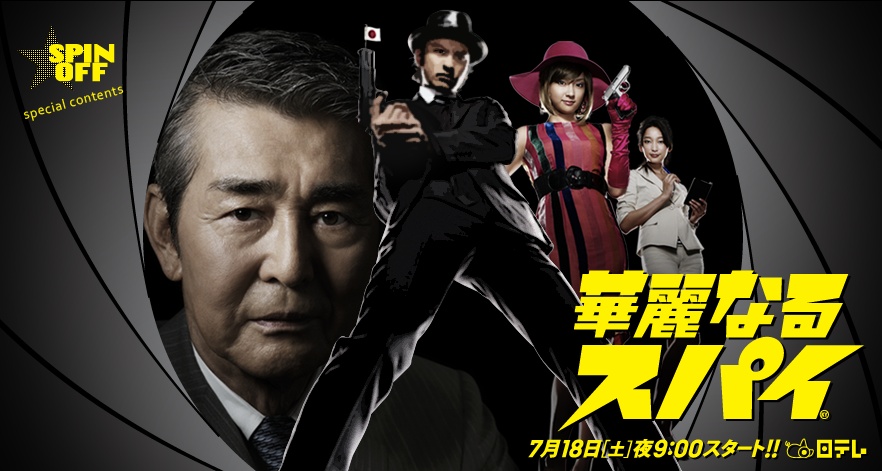 To combat an ongoing plague of world wide terror the Japanese government forms an elite group of spies to protect its country.

Kyosuke Yoroi (Tomoya Nagase) is a convicted felon, found guilty on 13 counts of committing fraud. He has a special talent for disguises and impersonating other people. Kyosuke is currently serving a 30 year prison sentence. He is then given the option for early release if he becomes part of the elite spy group. There is also a rumor that Mr. Takumi (Akira Emoto), the infamous "don" of a notorious terrorist organization, is plotting to assassinate the prime minister (Toru Tezuka).

WELL in MY opinion... THIS IS ONE OF MY FAV DRAMAS EVER!!it seriously had me laughing almost nonstop! so funny and adorable! tomoya is just amazing & his sidekicks, the UNUBORE 5 and his partner oh & his dad are just great! i love these kind of comedies! i suggest everyone watch this! you will laugh & love it!