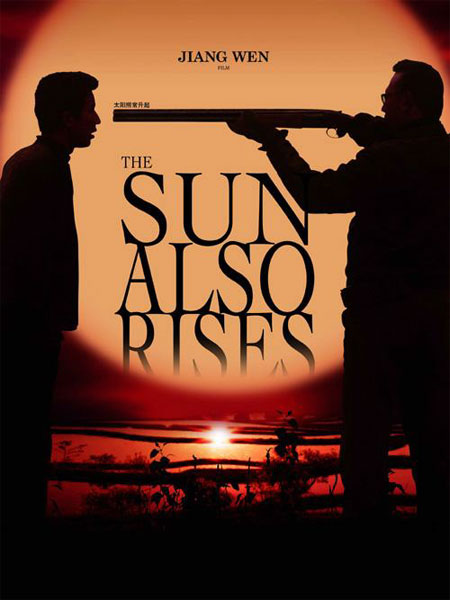 Celebrated actor-director Jiang Wen has always maintained his oeuvre’s characteristic traits of originality, freedom and creativity. This icon of the Chinese New Wave is finally back at the helm, following up his controversial Devils on the Doorstep with a brave and radiant tale of fantasies, memories and karma that was five years in the making.

The Sun Also Rises roams over two remote, contrasting regions – Yunnan’s Shangri-la and the Gobi Desert – and explores a Chinese universe of culture and revolution. Loosely inspired by the novel Velvet by Ye Mi, the film weaves a quartet of narratives involving various protagonists linked by predestined connections. It first recounts the plight of a mad young widow (Zhou Yun) and her only son (Jaycee Chan). As if possessed by a magic pair of brightly coloured shoes embroidered in the shape of fish, the woman disappears into the deep waters of the local river.

Painted in vigorous strokes by the filmmaker, the second episode takes place on a university campus at the dawn of the Cultural Revolution, where the relationship between teachers Liang (Anthony Wong) and Tang (Jiang Wen) and the voluptuous doctor Lin (Joan Chen) will turn tragic. When it does, Tang is driven into exile in the same village where the mad widow lives. His arrival brings the film to its third tale, which hinges on the magical texture of velvet.

Shaping a new aesthetic of magical realism, Jiang deftly defies the gravity of linear storytelling to produce sheer visual poetry. This gallery of lavishly composed frames may seem to follow an irrational logic but, in the end, the imagery is as rare and precious as velvet was scarce in the isolated China the film so vividly depicts.