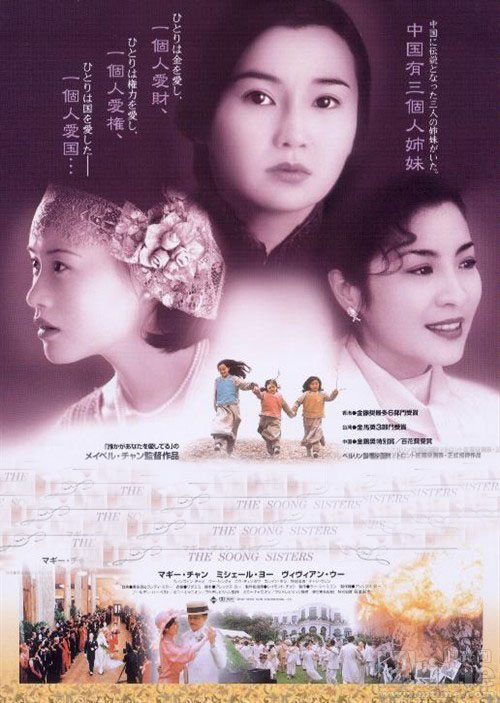 The Soong Sisters By the end of Qing Dynasty, the Soong Sisters: Ai-ling, Ching-ling, & May-ling became legends in their own time. One loved money,one loved power, & one loved her country. Their lives were interwoven into the turbulent history of modern China. The fascinating life of the Soong Family (ChinaÆs equivent of the Kennedys) is chronicled in this lavish epic melodrama, with an all-star cast headed by Michelle Yeoh, Vivian Wu and Maggie Cheung. To see that China remains a dominant world force after the founding of the Republic by Dr. Sun Yai-sen, the patriotic Charlie Soong sends his three daughters to America for their education. The sistersÆ return to China marks the beginning of their tumultuous lives, as the country endures the Japanese invasion and the subsequent clash between the communists and the nationalists.