The Secret World of Arrietty 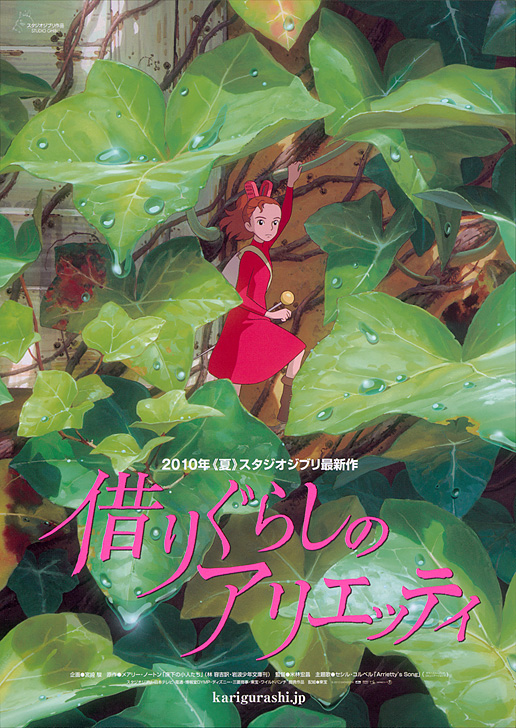 The Family Faith includes the father Pod, mother Homily, and daughter Arietty. They are small people who live under the floor of a big orn house in the suburbs. They borrow things from an old couple who lives in the big house. Their daily life is full of danger and they have to be especially careful of humans. If people see them, they move.

One summer day, a boy named Sho arrives in the countryside for treatment of a disease. Sho sees Arietty. Despite her parents' concern, Arrietty tries to get closer and closer to Sho.