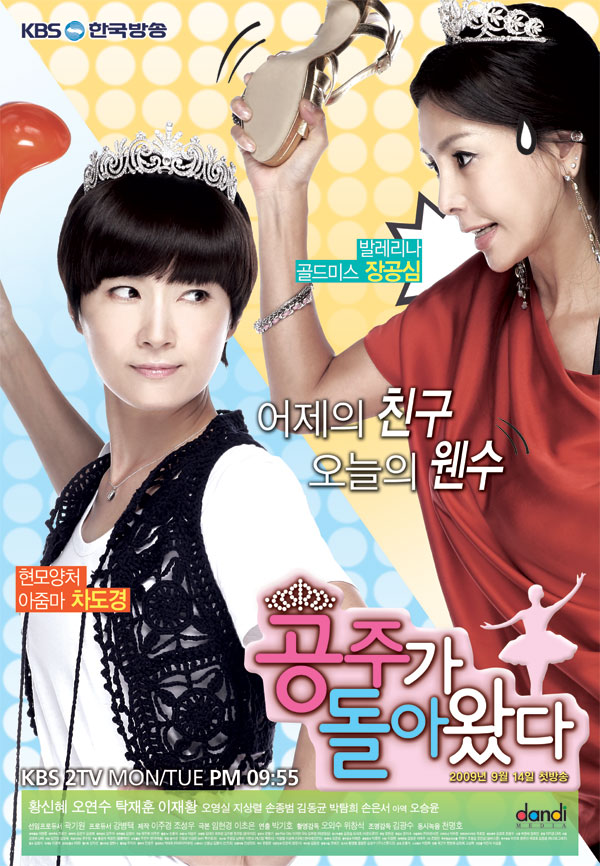 Do-kyeong Cha was an “it girl” and center of the attention during her school days. Thanks to her looks and affluent family background, she was surrounded by many suitors and admirers. On the other hand, Kong-sim Jang, Do-kyung’s friend, who always lagged far behind Do-kyung in every aspect felt inferior to her while growing up. However, Do-kyung’s accidental one-night stand with Bong-hee, Gong-sim’s then boyfriend, led to an unwanted pregnancy with twins. Do-kyung and Bong-hee’s subsequent marriage made the two women live a very different life.

Do-kyeong becomes an ordinary homemaker while betrayed Kong-sim who went to overseas to pursue her study becomes a celebrity which could have been Do-kyeong’s fate. Their reversed situation makes them at odds with each other and they end up fighting over Hyun-woo who once had a crush on Do-kyeong when young. Torn between the two women, will Hyun-woo stick to his first love who became another man’s wife or will he decide to marry Gong-sim, the ugly duckling turned into the beautiful swan? Will Kong-sim’s efforts to win Hyun-woo’s heart be successful? -- KBS

Tia Oct 28 2013 6:26 pm A disappointment... i love gongshim character in this drama and this drama should center around this two woman... but how come the ending for gongshim are really sucks!!!