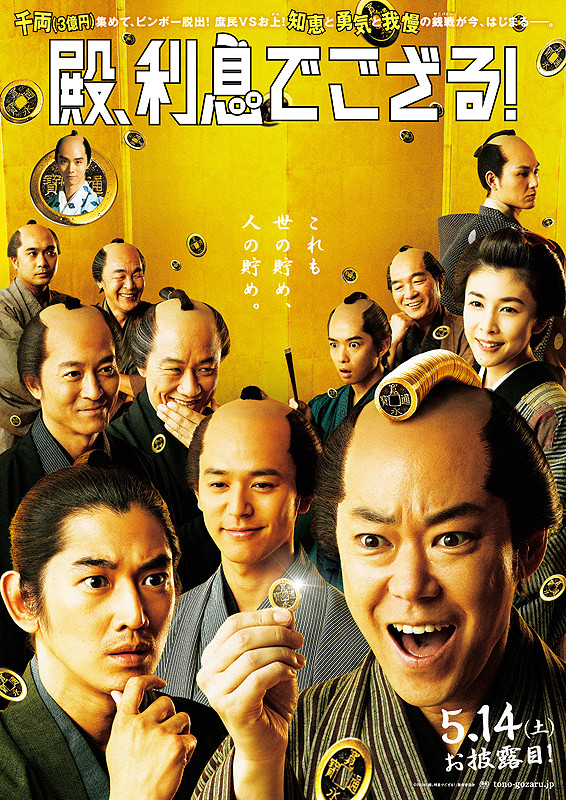 Residents in a town have a hard time due to the land tax and forced labor. 9 people, including Juzaburo Kokutaya (Sadao Abe), worry about the future of their town. They then set up a plan to save the town. The plan is to lend large amounts of money to han (historical term for the estate of a warrior) and distribute the interest annually to the residents, but if they're caught they will lose their lives.