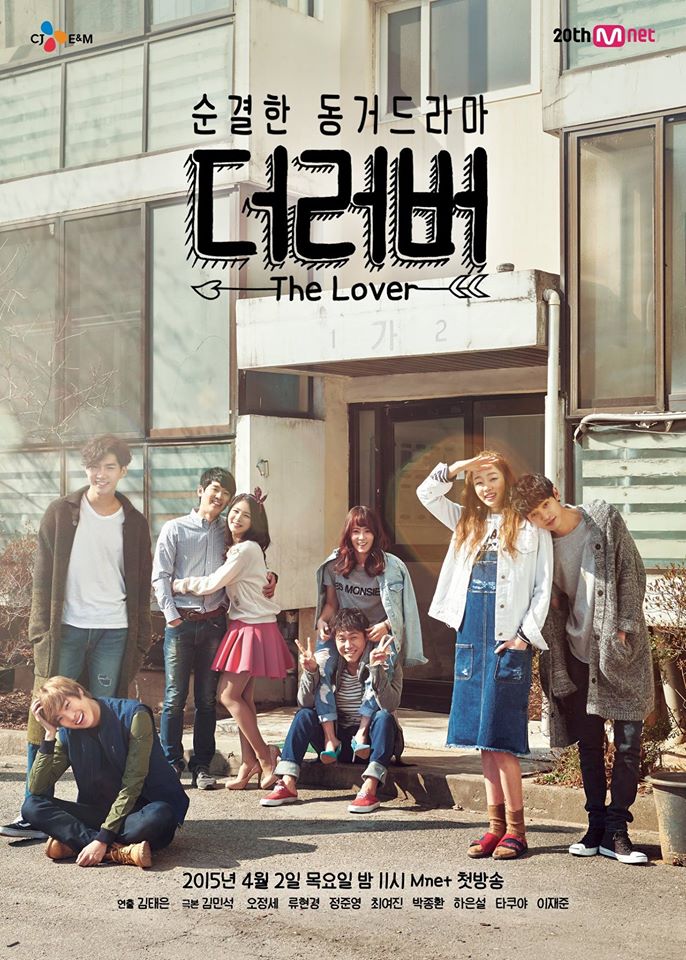 Drama series depicts the lives of four couples who live in the same apartment complex.

Apartment #609: Do-Si (Oh Jung-Se) and Doo-Ri (Ryoo Hyoun-Kyoung) have lived together for 2 years. They are not crazy in love, but feel comfortable with each other. Do-Si wants to become a voice actor at a broadcasting station and Doo-Ri works as an trainee reporter at an internet website. She gets pressured by her parents to marry.

Apartment #610: Young-Joon (Jung Joon-Young) is a guitarist in a musical group. He lives with Jin-Nyeo (Choi Yeo-Jin). She is 12 years older than him. She runs a side dish store. She sometimes feels she is raising a son rather than living with her boyfriend.

Apartment #510: Hwan-Jong (Park Jong-Hwan) and Sul-Eun (Ha Eun-Sul) just began living together. They plan to marry when their new apartment is ready to move in.

Apartment #709: Takuya (Takuya Terada) is a world traveller. He spots an add for a roommate and begins to live with Joon-Jae (Lee Jae-Joon). Takuya feels sorry for Joon-Jae, because he doesn't leave the apartment. Takuya tries to get Joon-Jae to things with him. Meanwhile, Joon-Jae at first feels bothered by Takuya, but he begins to change.

ellie Jan 25 2019 3:27 pm This has to be the craziest groundbreaking dramas of all times! Oh so naughty and worth a late night binge watch. My favorite couple was Jung Young-Joon& Choi Jin-Nyeo. Of course, I loved Takuya too. Wished we could have seen more of him and his roommate's story.

And I loved the songs from this drama too. It gave it such an indie feel. Not sure how you might find all those songs.

xinmure Apr 05 2018 5:04 am to answer your question, the bromance isnt just a bromance ? they really liked each other !

Tabby Kelly Oct 18 2017 8:42 pm This drama is hilarious. It does get super awkward a lot and the second hand embarrassment was very real but I recommend it if you have a dark/inappropriate sense of humor.

happysun Jun 29 2017 8:07 am this drama actually really good,,,, underrated for sure...im laughing so hard.. and cry so hard too...some moment are too real, too deep, too beautiful... easy to watch and have a very beautiful ending.... and its funnier than you think it is...

Rey Stylinson Feb 12 2016 9:09 am Just finished this drama It was so funny haha I loved it ^^ Takujae couple was my favorite :D The Ending for this couple made me so Happy ❤ They were great :^)

Hope the drama keeps continue being this funny and good.

Although JJY x CYJ were awk to watch xD

min Nov 12 2015 7:52 pm this drama is dope! I love how the relationships are all different and relatable lolol. I live for takujae moments <3