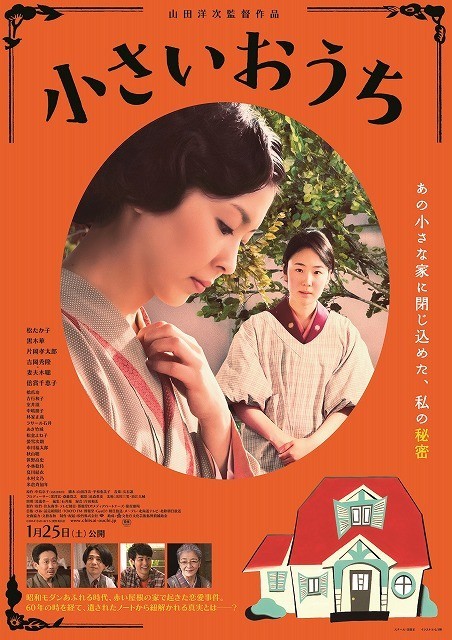 Takeshi finds several notebooks by his late aunt Taki Nunomiya, who never married. Through the notebooks Takeshi learns of his aunt's life.

Prior to World War II, in a little house with a red triangular roof in Tokyo, Taki works as a housemaid. The family that lives in the little house consists of 3 members: the husband who works at a toy company, his beautiful wife Tokiko and their five year old son Kyoichi. Taki longs for her employer Tokiko. The husband then hires a young art school graduate named Shoji Itakura. Tokiko and Taki are both excited by the man's artistic talents. Meanwhile, the war situation deteriorates as well as the relationships in the little house. Sun Nov 05 2018 5:42 pm I recently watched the film in a Spanish channel. However it was very wonderful and sad at some parts but great actors!