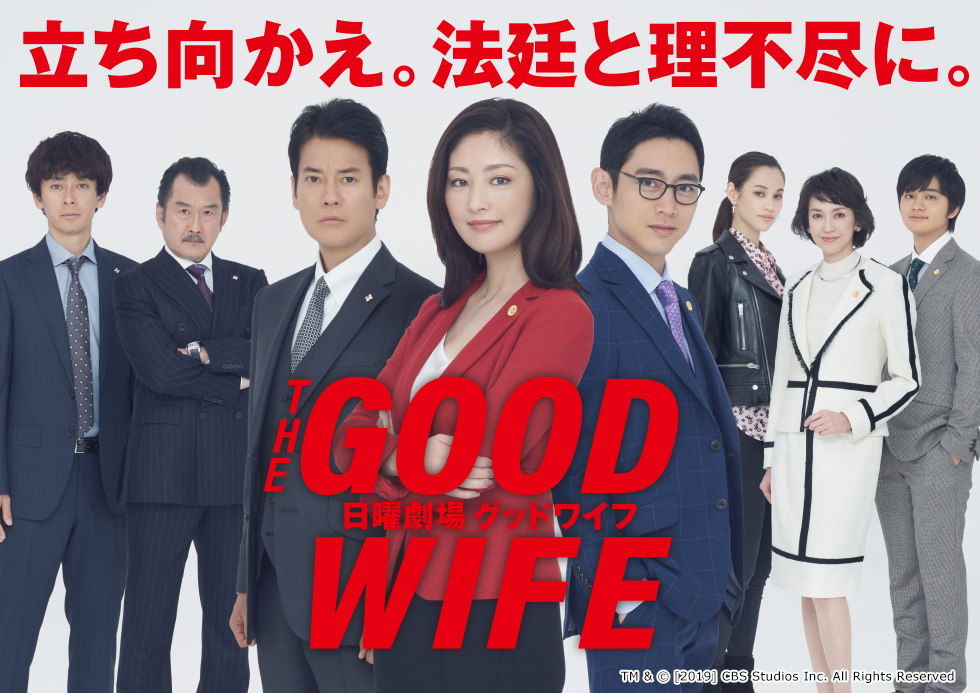 Kyoko Hasumi (Takako Tokiwa) is a former lawyer who quit her job to become a housewife and a mother. Her husband is an elite prosecutor. He works as the leader of a special investigation department at the Tokyo District Prosecutor's Office, but he is charged with corruption and gets arrested. A scandal with another woman is also revealed. Kyoko Hasumi's life as a "good wife" begins to change. To protect her children, she decides to work again as a lawyer. She is hired temporarily at a law office and begins to work as a lawyer for the first time in 16 years.

Tamu Jan 03 2019 3:11 pm I don't agree with Novi. Sometimes remakes are good, Cold Case was a great remake imo, I hope TGW is good too, the directors have good track records so I'm not worried.

novi Dec 01 2018 9:08 am i hope they stop this trend of remaking american legal series.i've loved suits for 6 years now and the remake broke my heart(and it's terrible) i can only hope that tgw is better than that

wayer Nov 18 2018 11:00 am kiko mizuhara must be kalinda, deshou? wowza! i'm unsure who's going to be the husband and the boyfriend though.. US and Korean version are HOT so.. Japan version has to keep it up ;)