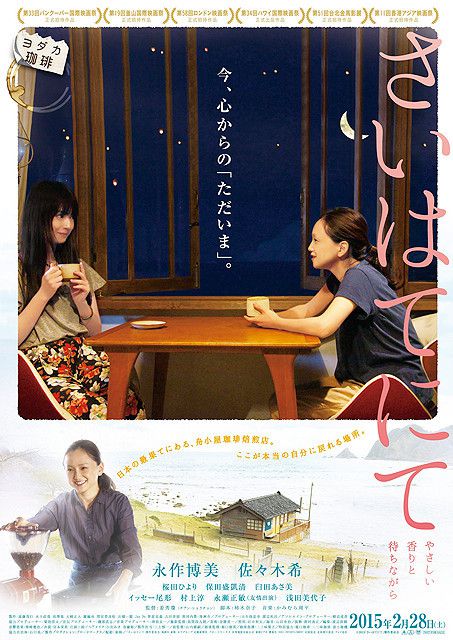 Misaki Yoshida (Hiromi Nagasaku) runs a roasting coffee shop in Tokyo. She lives alone. In order to find her father, who was separated from her when she was a child, Misaki goes back to her hometown in Noto Peninsula. Misako opens a coffee shop there.

Eriko Yamazaki (Nozomi Sasaki) is a single mother and works at a cabaret. Misaki is her new neighbor. While hanging around with Eriko and her children, Misaki slowly changes …

Yuta Jun 08 2018 10:43 pm Asami and Nozomi and their beautiful legs in one movie. Wow I will be watchingg this many times.