The Era of Vampires 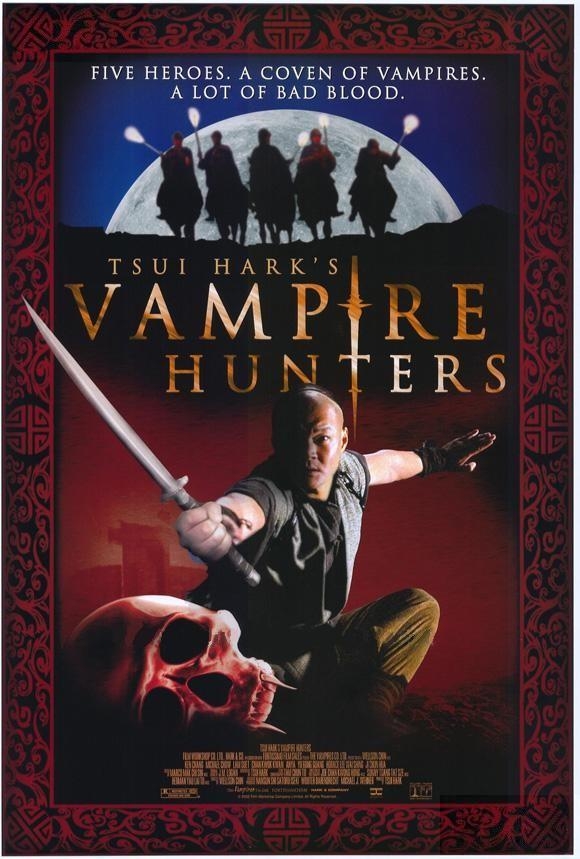 In an earlier time of mankind’s existence, strange and unknown forces ruled the planet and mere mortals were the subjects and victims of a breed of fearless and terrifying fighters. Heroes became ghosts and monks served both the powers of good and evil.

To the ancient Chinese, this was a time when evilness prevailed over goodness and vampires turned their special abilities into domination of the living. It was a well-known fact that certain monks could revive people from the dead and bring them back as vampires who them roamed across the expanses of China looking for human victims. If a hapless mortal encountered one of these vampires they would themselves be turned into “the living dead”. If the truth be told, if can be said that hell reigned on Earth during the Era of Vampires.

During this time, one of the most powerful heroes, the Master of Invisible Weapons and four of his most loyal followers known only by their fighting names: Swift Sabre, Deadly Dagger, Killer Hand and Shadowless Kick chose to retreat from the non stop world of fighting in a destined-to-be futile effort to lead simple and quiet lives in a remote village.

Their plan was to develop a new method of preserving corpses in wax instead of allowing them to rot, as was the custom of the time. When the wife of the Master if Invincible Weapons unexpectedly died, the four followers applied their new technique to her body. However, the girl’s father objected to this, believing that her spirit could never rest. Enraged, he engaged the services of a monk who was passing through the village in order to make things right with the body of his daughter. This monk was also transporting a group of vampires that had to be returned to their final resting places.

What happened next is that when the monk applied his curses, the deceased relatives of the Master if Invincible Weapons (who had also previously been preserved in wax) came back to ‘life’. A hellish battle ensued and the Master was poisoned by his own vampire relatives and became one himself.

As it happened, the vampires that were already being transported by the travelling monk were no ordinary vampires either. All were extraordinarily evil and skilful fighters who had met their ends at a recent martial arts tournament and so they were full of vengeance-just looking to take care of unfinished business. These powerful vampires overwhelmed the weak monk’s curses and admonitions and soon they escaped his reins and ran uncontrolled throughout the village, destroying everything and everyone with their terrible rage.

Faced with the terror of Vampire mayhem, it took all the guile and skill that Swift Sabre, Deadly Dagger, Killer Hand and Shadowless Kick could muster to stay alive. They hid here and there, surviving with seconds to spare. Attempts to escape from the village were futile for the violent vampires had infested the surrounding wilderness and blocked all the possible escape routes. They had only one hope for survival – to transform back into the heroes they once were, turn the small village into a fighting arena, and use all the strength and skills they could summon to slay the vampires.