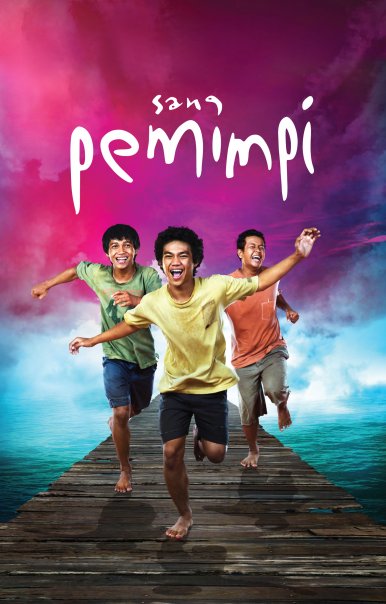 The Dreamer opens on the key image of the father of the protagonist Ikal in his Sunday best - a safari shirt with four pockets - on his bicycle; this is a leitmotiv which is only explained further into the film, dedicated affectionately to the parents of the producers, the director and the scriptwriter. In one of the many brilliant jumps in time and space that Riri Riza weaves into the film, we fast-forward to the image of an adult Ikal in the late 90s, unhappy in his job at a post office in Bogor. His dream of travelling the world and studying at the Sorbonne seems to be a lost cause; his cousin Arai, having led him on by fuelling his dreams, has now betrayed him, disappearing without a trace.

Standing on the edge of a bridge, Ikal is about to throw his dreams to the wind for good, but when he sees three students skipping lessons, he is taken back in time by the memory of having done the same years ago. At that time, Ikal, Arai and their stammering friend Jimbron were partners in their pranks and hard work, and above all, shared the dreams of emancipation from poverty and of conquering fantastic and faraway lands - exotic Africa, cultured Europe - through study, literature and poetry, spurred on by Julian Balia, a Dead Poets Society-style teacher. Another step back in time shows how as a child, Arai was orphaned after the death of his father, and was welcomed into Ikal’s family; how Jimbron became their friend through a shared love of the television series The Lone Ranger, at a time when Ikal wanted to become an Indian, Arai a cowboy, and Jimbron a horse… -- Udine Far East Film

Junichi Nov 23 2013 1:13 am It's far better than the prequel, Rainbow Troops. Hope the third book adaptation will come soon. @Bosnich, Yes there should be sequel called Edensor.

nie Sep 28 2011 11:13 pm I watched this film at our school's 'Indonesian Film Festival' this year and I really loved it! A great film for everybody! :D