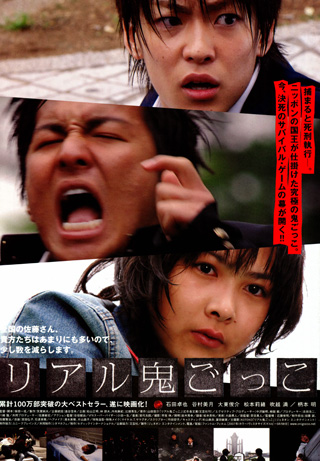 An odd murder case that only targets persons with the family name "Sato" occurs in Japan. Meanwhile, high school student Tsubasa Sato winds up in a parallel world during a fight with a gangster. Everything seems almost the same, but his friends & classmates are somehow different from who they used to be.

Tsubasa Sato can not comprehend what is happening around him, but when he sees a girl getting killed in front of him by a persuer, he finds out that he is now in a world where the Lord of the land plays a fatal game of "tag". The real chasing game ("Onigokko") that targets people named "Sato". Hussein Gouda Oct 14 2016 7:05 am This movie was gorgeous. The actor really hot,very persuasive and creative.