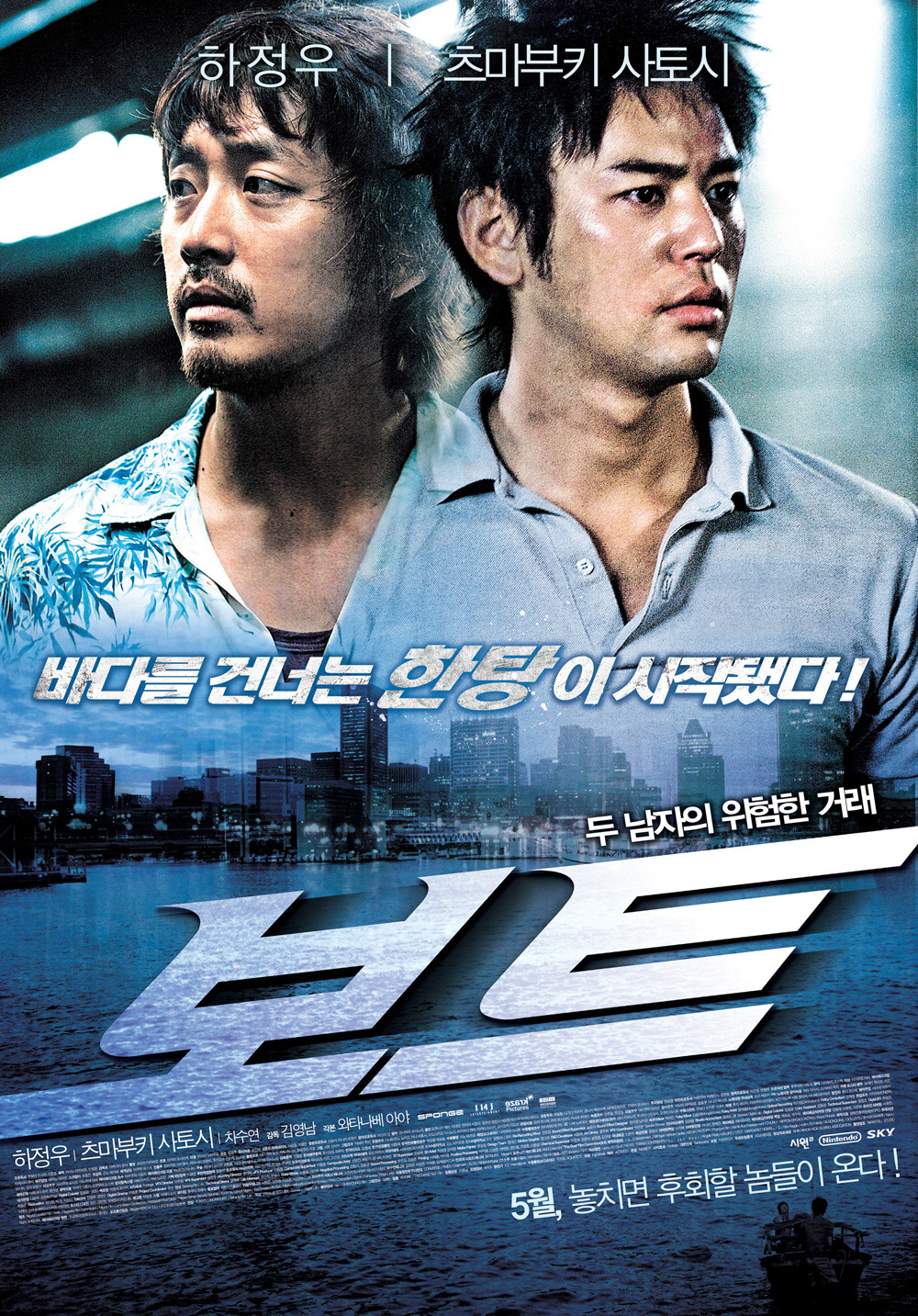 Hyeong-Gu (Ha Jung-Woo), a young Korean, visits Japan by boat three or four times a month to help with middle-aged Bo-Gyung’s (Lee Dae-Yeon) smuggling business. It is always Tooru (Satoshi Tsumabuki), a young Japanese man, who welcomes him there. Hyung-gu and Touru sacrifice themselves for the sake of their families, money, and friendship. One day, Bo-Gyung orders them to kidnap a woman named Ji-Su (Cha Su-Yeon) and take her to Japan, and this changes their future in an unexpected way. Mrmz Apr 15 2010 12:08 am I just watched it &it was REALLY REALLY good.I love those types of movies but this movie is handled pretty well. Characters are pretty realistic, all of them, the way they react depending on the situation they're in. Can be pretty funny at times. The best part was when they sang together!!!!

bigwink Jul 29 2009 8:34 am THIS IS A VERY GOOD MOVIE. so funny yet heartbreakingly sad, i found boat as a brilliant movie. when you think it'll be dark and sappy..NOT! you'll LYAO till it ends. ahhh don't forget the man extraordinaire Ha Jung-woo, GREAT performance (as always) and Satoshi-san is exquisite (as always too), his korean is cute ^^