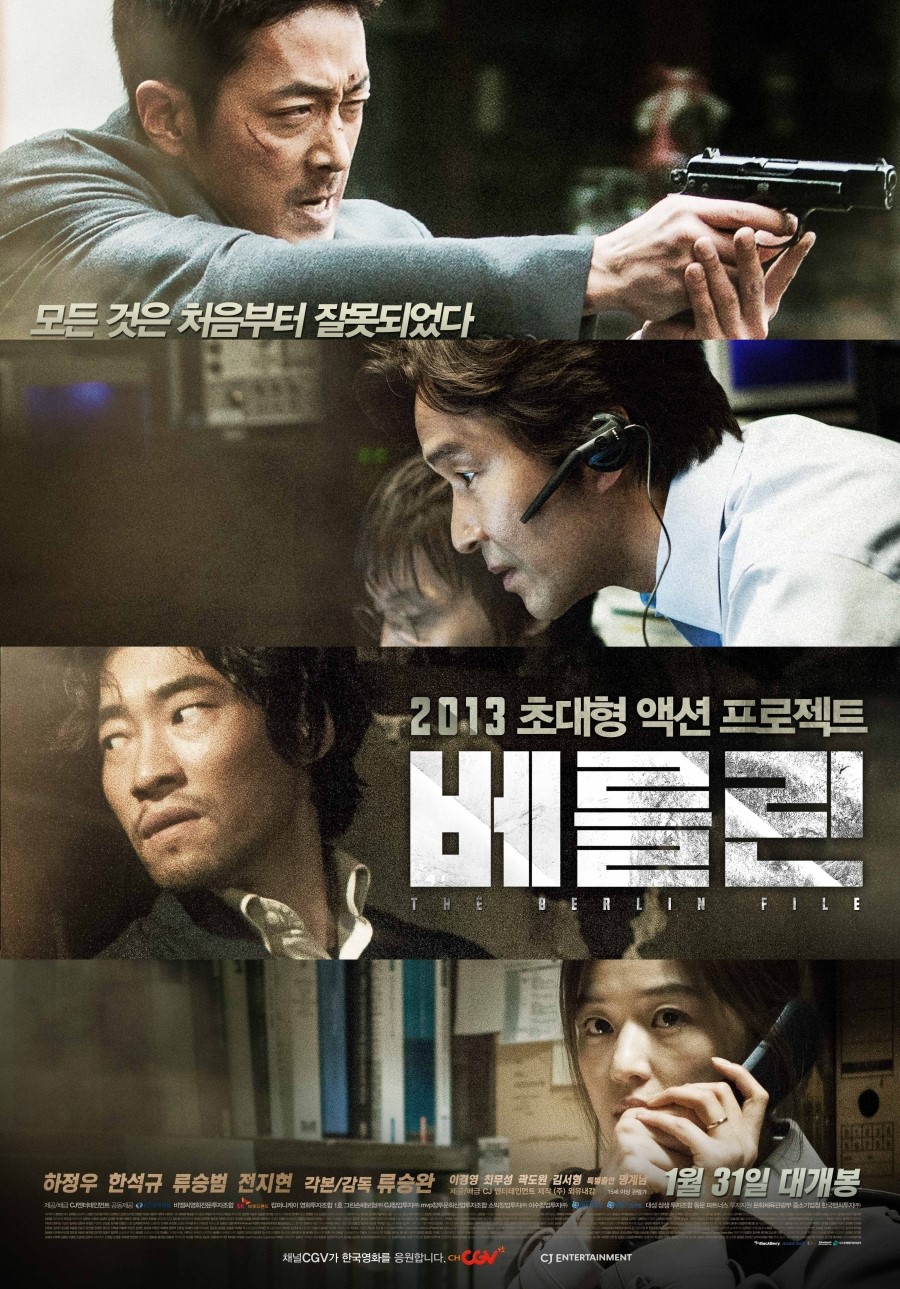 Dong Myung-Soo arrives in Berlin with the intent to take out Pyo Jong-Sung, his wife (Gianna Jun) and the North Korean ambassador. Dong Myung-Soo will replace the ambassador with himself and have his father's men take over the Berlin operation. His plan begins with the revelation that Pyo Jong-Sung's wife, who works as a translator at the North Korean embassy, is a traitor. Soon, Pyo Jong-Sung and his wife find themselves the targets of several powerful organizations as they desperately try to get out Berlin alive. red Dec 03 2015 6:29 pm Generally I'm not a big fan of this kind of movie but I like this one so far ! The suspense during the movie makes it really awesome. The main actor played his role so well

xino Jul 01 2013 10:48 pm an alright action movie. Fighting was good and music excellent. First 25mins was very hard to follow and understand but things starts to self explain afterwards. The actors were nice and believable but if only there was more emphasis on character development. The only problem with the movie is, it tries to be too much Americano-action movie with a taste of Korean. 7/10

Ki Jan 29 2013 11:14 am Watched "The Berlin File" here in South Korea on opening day. I had really high expectations for the film and it actually surpassed those expectations by several orders. It was that great! The story gets more intense with every scene and just leaves you breathless by the final scene. The violence is also extreme but done in a spectacular manner. Ha Jung-Woo's fight scenes were just crazy impressive. Also, all of the four main leads were just so good with Gianna Jun (Jun Ji-Hyun) standing out for me, because with this film and "The Thieves" she has really stepped up her game and just shred her past image of a sweet face needing to play sweet characters. "The Berlin File" is also director Ryoo Seung-Wan's best film ever and that's not degrade to any of his past works. Stylistically and even conceptually, "The Berlin File" seems like a cross between "City of Violence" and "The Unjust," but just amped up to crazy heights, with the end result being a masterpiece. Simply put, "The Berlin File" is the best Korean action film I have ever seen. You can also place your bets when Hollywood comes calling for remake rights or becomes interested in Ryoo Seung-Wan. "The Berlin File" is a film that will blow you away. Boom!

moo Dec 13 2011 12:55 am Can I redeem those points on AMWiki, maybe for some Kimchi Ramen? xD Gianna's good for them in Asia, but you know if she drops the ball even slightly it'll be "Ko so-young in Double Agent"-talk all over again. Do beauties mix with dreary spy stories? *palms together* Some fans' fantasy casting was Gong Hyojin, and I wouldn't have minded a bit!

By the way, I'll probably sell a limb if that means I could watch this movie right now.

Ki Nov 16 2011 2:29 pm There's also the leading actress to be announced which is the NK agent's (Ha Jung-Woo's) wife. I think Kim Ok-Bin would be a nice choice though she just played a NK solider in The Front Line.

Yeah, Ha Jung Woo is the one to play North Korean!

Three Great Actors in one movie, so it should be Great one!

moo Oct 29 2011 9:13 pm mmkay, so HSK exposes the spy, RSB is sent to kill the spy. Who plays the spy? Would any bankable leading man play North Korean in a big movie, unless they're Ha Jung-woo? xD