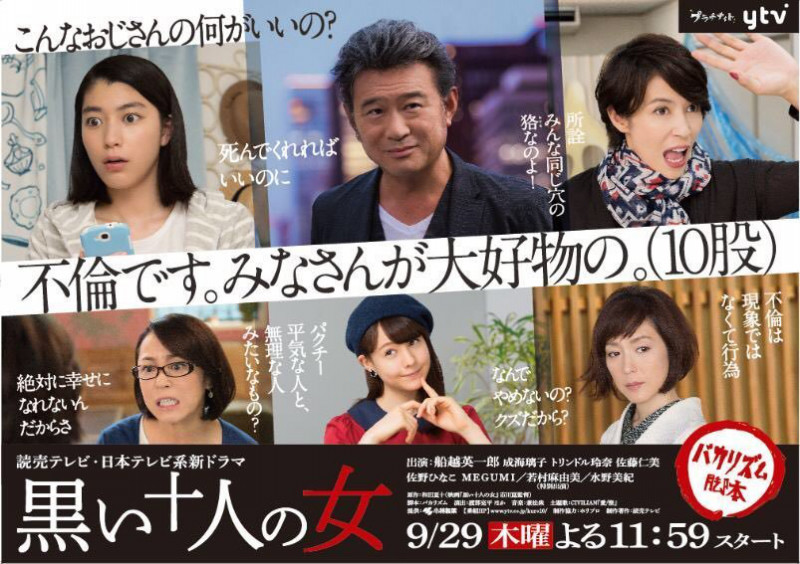 Matsukichi Kaze (Eiichiro Funakoshi) has fallen and he is surrounded by group of women. What happened to him and who are these women?

3 months ago, Matsukichi Kaze worked as drama series producer at a TV station. Kumi Kanda (Riko Narumi) worked at the reception desk for the TV station. They were involved in an affair. At first, Kumi Kanda did not know Matsukichi Kaze was married, but after she found out she still could not break up with him. One day, Kumi Kanda received a phone call from a woman. She guessed that the woman was Matsukichi Kaze’s wife (Mayumi Wakamura). They made an appointment to meet the next day. There, Kumi Kanda met Kayo Yukino (Miki Mizuno) ... a woman she did not expect to see.