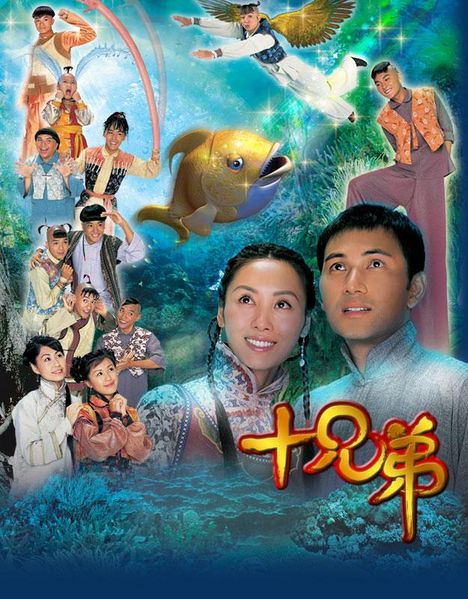 The story is base on a fantasy story. Kenix Kwok plays a rich man's daughter, who accidentally swallowed ten pearls, which leads to the birth of the ten brothers. At the time Kenix was pregnant, her father rejected her, everyone misunderstood her. Only Frankie Lam was willing to do anything to support her and help her. Frankie is a very poor guy, who sells sweet desert for living, he has a crush on Kenix ever since childhood. When Kenix was rejected by everyone, Frankie gave her the support she needed, so they end up live together, then 10 brothers were born.

The ten brothers grew up in just one night, that scared Kenix and Frankie away. Jack Wu and Lam Yuen Ying got lost, and ending up at the villain's (Liu Kai Chi) family. The other eight brothers were making a mess at the village. Kenix and Frankie soon realized that they need to educate them and not treating them as monsters. They took the eight brothers to live at a different village, together they help the brothers become better people. Later, each of the brothers discovered that they all have their own unique skills, they began to accept and use their skills to help people.

After some problems and difficulties, all ten brothers were finally reunited, but only found out the fact that they don't belong on earth...