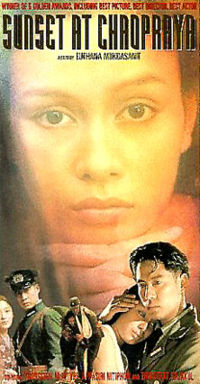 It's 1939 in Siam. The Japanese are threatening invasion and the Free Thai movement is gaining momentum. Angsumalin, the beautiful daughter of a military leader, says good-bye to her friend Vanus, who is going to England to study. She won't promise to marry him, but will give him an answer when he returns. The Japanese invade, and circumstances bring Angsumalin together with Kobori, an idealistic Japanese captain, who is also related to a powerful Japanese general. Although she despises Kobori, she agrees to marry him for political purposes to protect her father and the Free Thai movement. In 1944, Vanus returns and the conflicting rivalries and emotions come to a head.