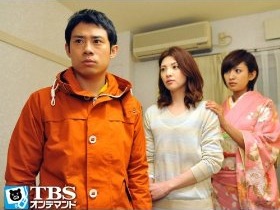 Keiko Sekinuma (Rena Tanaka) supported her boyfriend Shinsuke Kokubu (Kensei Mikami) while attempting to get into law school. He promised that he would marry her after becoming a lawyer, but Shinsuke dumped her instead. One day, Keiko receives a wedding invitation card from her ex-boyfriend and explodes with anger. She decides to get revenge. Keiko takes her rifle which she uses for her shooting hobby and enters the wedding reception.

Meanwhile, Kunio Origuchi (Akira Emoto) is the owner of a fishing tackle store. His wife and child were brutally murdered three years ago. He pays attention to the rifle owned by customer Keiko Sekinuma and schemes his own plan for revenge, but employee Shuji Sakura (Atsushi Ito) becomes aware of his plan and tries to stop him.