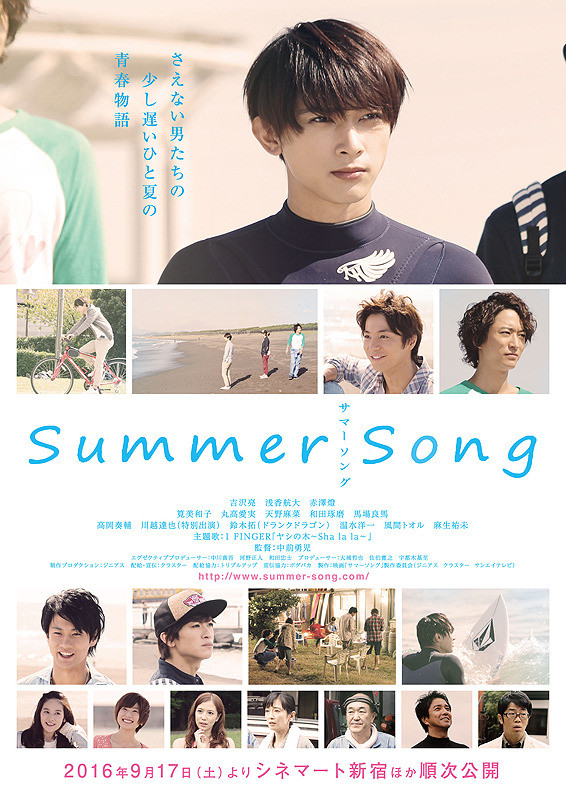 Kenichi (Ryo Yoshizawa) is absorbed in surfing, because he admires his father who is also a surfer. His father dies in an unexpected accident. Since then, Kenichi is estranged from surfing and the sea. One summer, by recommendation of Kenichi’s friends Makoto (Kodai Asaka) and Daijiro (Tomoru Akazawa), Kenichi decides to go to the sea. On the way to the sea, Kenichi meets two women Tsugumi (Miwako Kakei) and Emiko (Mana Amano). He is pickpocketed by the women. When Kenichi gets to the sea, he happens to meet Tsugumi and Emiko again.