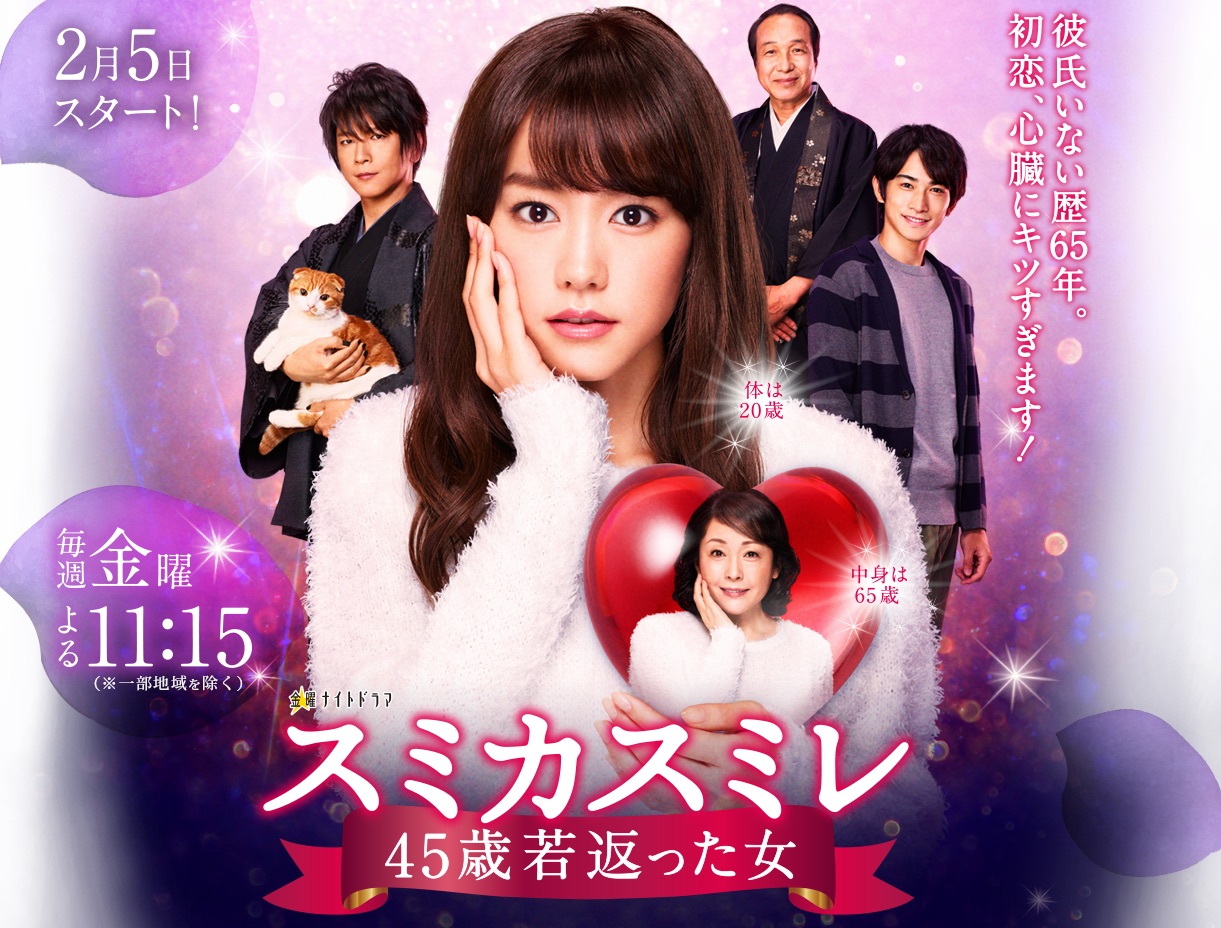 Sumi is 65-years-old and still a single woman. When she was younger, she worked at a flower farm and flower shop run by her family. Sumi wanted to go to college, but she had to take care of her grandmother, who got in an accident, and general household affairs. After her grandmother, Sumi also had to take care of her father and mother. Now, Sumi is 65 and she has never had a boyfriend. She is proud that she worked so hard, but now she wishes she could live a new life and become young again.

One day, Sumi wakes up and finds herself with the appearance of a 20-year-old.

jackie Jun 01 2020 1:29 am I loved it! Also, I became super attracted to the older version of her LOL Keiko Matsuzaka is so beautiful and cute (and if you google her, she is also sexy as hell)

Aya Apr 16 2020 10:44 am This is a wonderful drama, everyone! I hope people will give it a shot and watch this. It teaches us about the beauty of living life to the fullest and how beautiful and powerful true love can be.

Mirei Kiritani is so beautiful, No doubt about that. But, what's surprising is that they were able to pull off chemistry with both of male characters in the drama, with Yusei (He's a charmer. I just so love the way he looks at Sumi) and Rei (Although he's a Neko, he's still a male and he's so loyal. I bet you'll also love him in this drama)

The ending won't disappoint everyone. True Love Wins Y'all!

The old lady became young and looking for a young man for a relationship is a bit weird, her mind still in old lady not a young girl anymore ....

Echo Apr 30 2016 9:18 am Super nice drame, this is the best j-drama I've ever watched. Sumere is so cute, all episodes are funny, and make me crying in the end.

Lucy Apr 03 2016 7:28 am I'm on my second episode, and I must say so far it's been an entertaining show, even though the theme is pretty cheesy and common in Jdrama.

I must say, though, Kiritani's acting is not up to par. One can imagine her as a well brought-up young lady, but in no way does her behavior suit someone of that old age.

Hannah Mar 27 2016 11:17 am totally different from manga! so fresh and very typical japanese drama themed like...

falanja Feb 13 2016 5:56 pm plus the idea of a sixty five year old bag lusting after a twenty yr old guy is just plain gross...as in throwing up a little kinda

falanja Feb 13 2016 5:02 pm kiritani's acting leaves much to desire, one just cannot imagine her as an old lady in a young body. just listening to her dialogue, she is so sorely mistaken if she thinks dumbing down her speech and asking obvious questions in her wide eyed manner makes her seem old and out of touch. regardless, she is so cute to look at, and thats all that matters...otherwise they wouldn't have cast her in the role.

emilymariee Jan 11 2016 8:42 pm Oh my goodness, how did I just now learn that this amazing manga is getting a dorama adaptation?? I'm not too excited that Rei's being played by a 40 year old...please be good!!