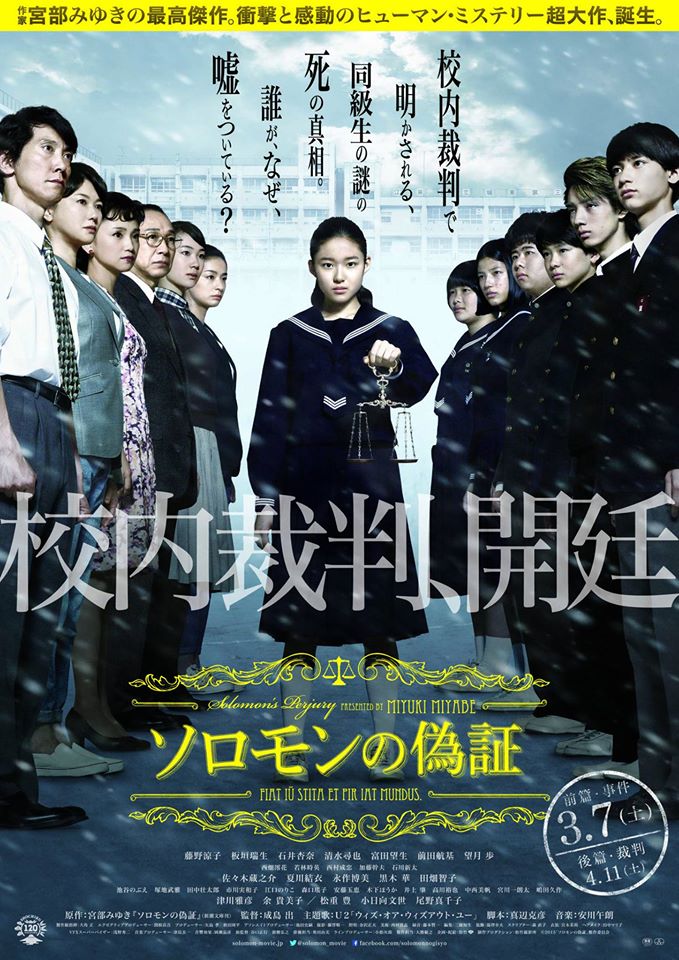 On Christmas morning, Ryoko (Ryoko Fujino) and Kenichi (Koki Maeda) go to school and discover a dead boy covered in snow. The deceased boy is Ryoko's classmate Takuya (Ayumu Mochizuki). The police determine that Takuya committed suicide and his parents agree with the police report. Rumors though quickly spread about Takuya's death. Ryoko and Principle Masao (Fumiyo Kohinata) then receive anonymous notes. The notes claim that the sender witnessed three students, including Shunji (Hiroya Shimizu), throw Takuya off of the rooftop of a school building.

To protect the students, the police and the school hide the anonymous notes, but a reporter receives one of the notes. The situation then becomes uncontrollable. A student dies in a car accident and the other students become increasingly unsettled by the unknown. Ryoko decides to hold a trial by their peers to uncover the truth. Ju May 16 2017 5:52 am Fujino, Ishii, and Shimizu look promising Japanese's regeneration is the best

Hannasj Feb 14 2015 12:32 pm can't wait to see this~~~~ but why oh why Hiroya Shimizu almost always play the negative role. but can't wait to see all these talented child actor making all the world go gaga over them in term of their superb acting. Fighting!