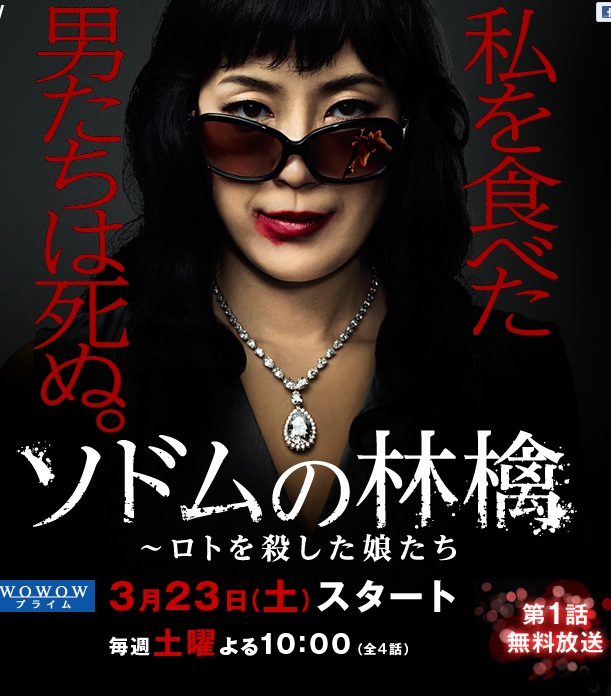 Magazine editor Banri (Fumino Kimura) hears that her ex-boyfriend Yoshio committed suicide. At his funeral, Banri learns that Yoshio has a fiance. Her name is Megumi Miyamura (Shinobu Terajima). Yoshio met Megumi through a marriage website. Banri becomes curious about Megumi and decides to register at the marriage website as a man. Soon, she is able to contact Megumi through the web site. One day, Banri goes to Megumi's apartment, but Megumi is brought to the police station.

When Megumi goes on trial, Banri becomes obsessed with Megumi. Banri can't explain why. In order to find the reason, she goes to Megumi's hometown, which is on an island, with sports paper journalist Kengo (Junpei Mizobata). Megumi's hometown is also where descendants of the "hidden" Christian group Kakure Kirishitan live. According to her ex-classmates, Megumi was the pretties girl on the island. Banri and Kengo are surprised to hear that, knowing Megumi's current appearance. Banri then finds a photo of an old man and two naked women. Banri feels something hidden within the photo.