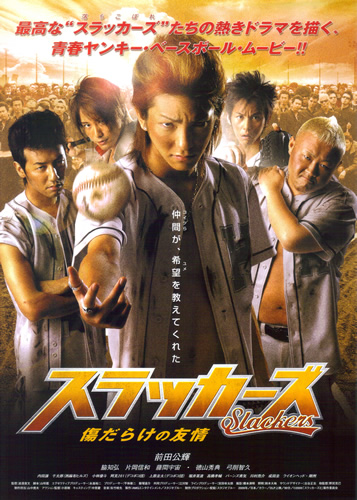 the second in the film series that comically portrays the goings on in the high school baseball team full of yankee slackers. It features a completely new cast from the previous episode in the series, Slackers. Ozaki Gen is a first grader in high school who is striving to get ahead by fighting as much as he can. He is transferred to Haneki High School, which is controlled by a gang leader named Goriki. However, although Goriki appears to be just another slacker, he is actually a member of the baseball club who are determined to win the championship at Koshien, all Japan highschool baseball tournament. Then one day, a gang leader from another school, who Ozaki had previously beat in a fight, turns up at Haneki High School...