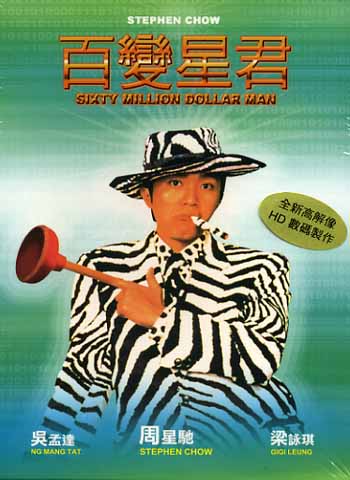 SHING (Stephen Chiau), an adopted son of a billionaire, is sent to school in Hawaii but never attends class. The spoiled rascal is preoccupied with mischief and girls. In an attempt to surprise a girl whom he likes, SHING sneaks into her house, not knowing that she is the mistress of a local Mafia boss.

SHING is exposed while the gang is having a secret meeting. During the chase, he is caught in an explosion in which his lips and brain are the only parts that remain functional. A complete rebuilding costs sixty million dollar. But without his father's contribution, the operation has to be done on a shoestring budget using inferior organs for the transplant. A new SHING is reborn, yet with a high tendency for malfunctioning.

SHING is back to Hong Kong working as a teacher. After maximum tolerance is exercised over his extremely naughty students, he fights back with his specially constructed body. Meanwhile, the Mafia continues their pursuit in Hong Kong. In a showdown, SHING eliminates the whole gang.