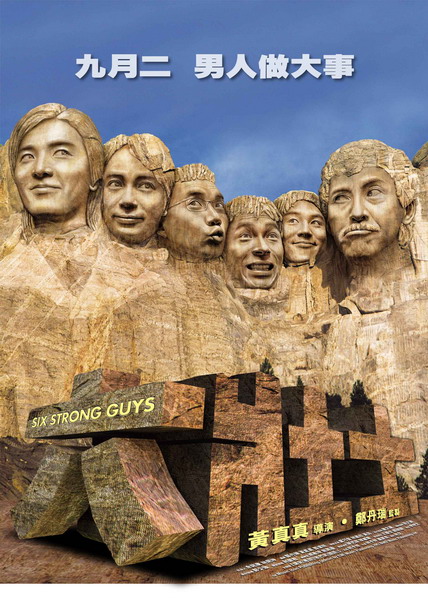 One full moon night, six urban professionals gather at the top floor of one of the most prestigious office towers in this bustling metropolis. These men have worked hard for themselves as well as for their family and community with their unique talents, but are finally being driven over the edge by the collapse of familiar worldviews, unbearable stress, alienation and uncertainties in the economy. These disillusioned warriors decide to make a loud, angry protest. They are going to wake the world to the misery of men and the importance of treating them well. They are going to jump off from the building.

They agree to give themselves three hours to take care of unfinished business, and then meet again at the same place for the final act. A series of unexpected trivial events that follow, however, ensure things will not go as planned.

One of them is ordered to stay for a meeting by his boss three hours before he is supposed to die. Another rushes to see his wife for the last time, only to find his wife in the middle of a meeting, too busy for him. Some of the rest go to the wrong place at the wrong time. The group manages to meet up at last, but a security guard notices the commotion and calls the police. During the standoff, a scream breaks out from downstairs - a young man jumps out a window below. The young man has been playing online computer games in a room downstairs. He feels insulted by a cheeky remark from his girlfriend about the game and decides that he does not want to live anymore.

The suicide pact is thwarted in the end. The six men suddenly see the deeper meaning of life: it may be heroic to die, but staying alive can be even more heroic. They summon what is left of their courage. Once again they look fate in the face.