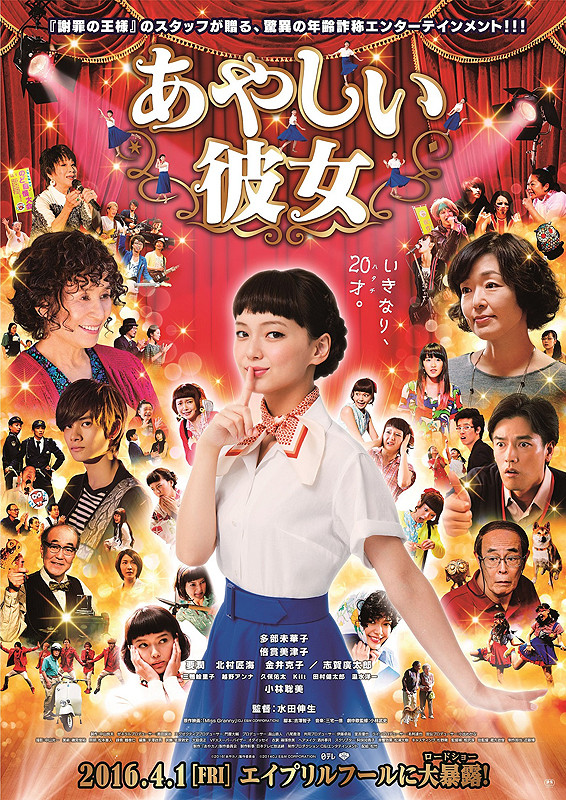 Katsu (Mitsuko Baisho) is a 73-years-old woman. She often makes trouble with her biting remarks. While raising a daughter alone, Katsu was unable to live the life she wished for.

One day, Katsu goes to a photo studio and takes a picture. She leaves the photo studio, but finds that she is now 20-years-old (Mikako Tabe) again. Katsu changes out of her grandmother clothes, picks out a more youthful style and names herself Setsuko Otori. Later, Katsu decides to take part in a singing contest held in a shopping district. Her singing fascinates the audience and she wins the contest. Katsu begins to move closer to her past dream of becoming a singer. Ima Sep 15 2016 9:19 pm Actually 5 versions now, the Thai version of this movie is also coming out~ I haven't seen this yet (but I'm a Tabe fan so I hope I get to watch it soon) but I also liked the Korean one more than the Chinese version ^^;

Julie Mar 09 2016 11:15 pm There's actually 4 versions, there's also a vietnamese movie of it out December last year... wow, this plot got adapted so many times!

Elmroser Oct 06 2015 1:08 pm so now there are 3 versions of the same story, kinna interesting, i wanna see how well the japanese adaptation are, because i love mikako tabe. so far i like the korean better than the chinese one